Over-expression of human epidermal growth factor receptor 2 (ERBB2 or Her2) contributes to the malignant progression of tumors [1], especially the tumors of colon, bladder, ovary, endometrium, lung, uterine cervix, head and neck, and stomach [2–8]. As a molecular abnormality triggered by gene amplification, ERBB2 over-expression occurs in about 25 % of breast carcinomas and a subset of aggressive tumors [9]. Mounting evidence proves that ERBB2 over-expression in gastric cancer leads to poor prognosis [10]. Although ERBB2-targetd therapy (trastuzumab or herceptin) has been used to treat ERBB2-overexpressing tumors [11, 12], patients’ drug resistance thwarts its clinical wide spread [13]. 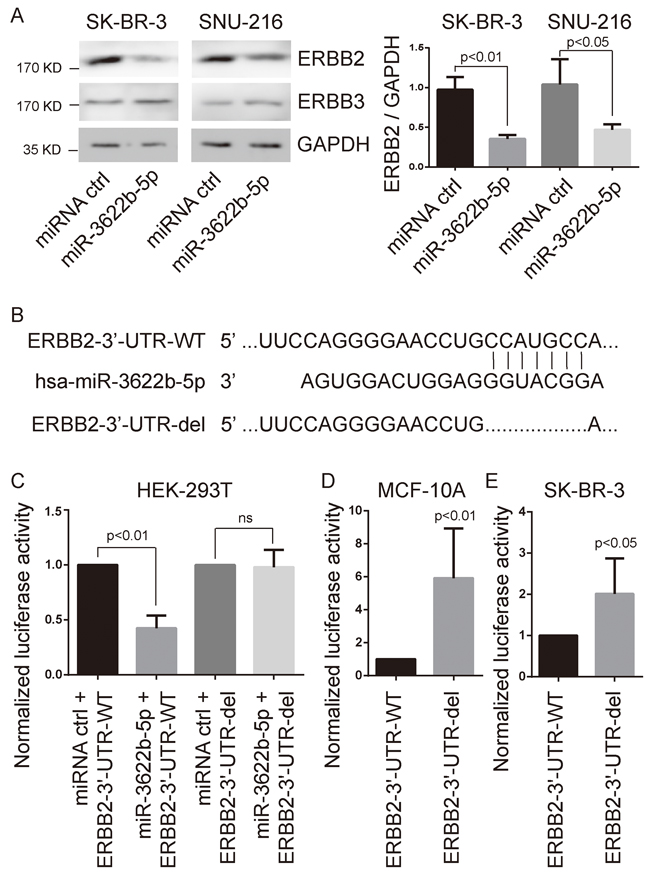 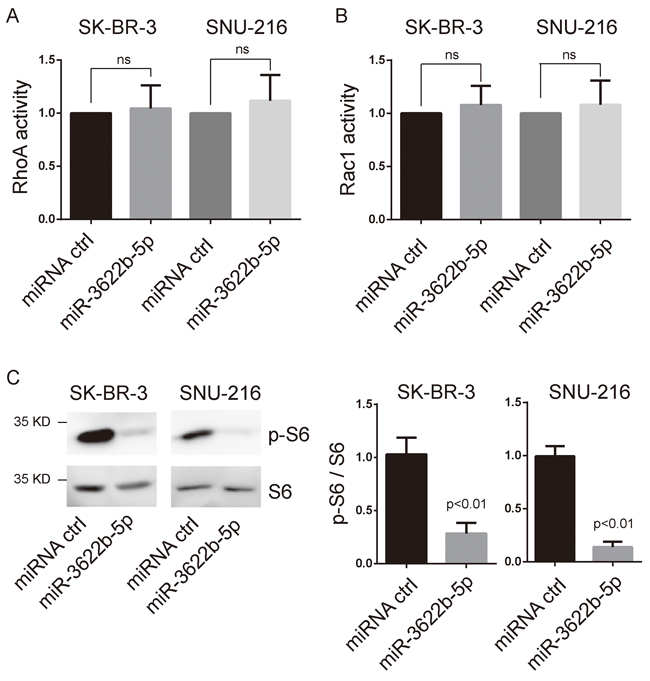 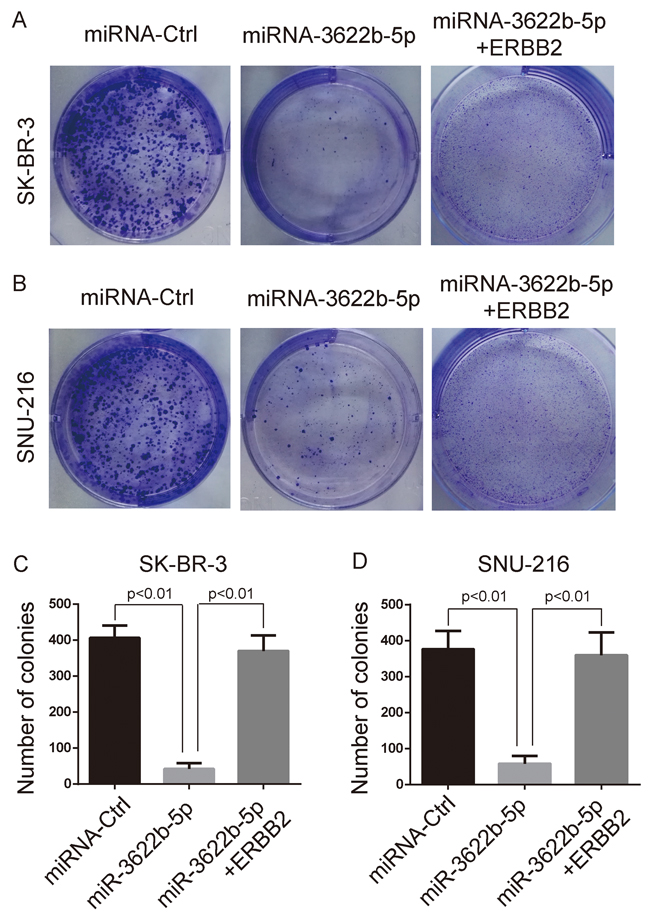 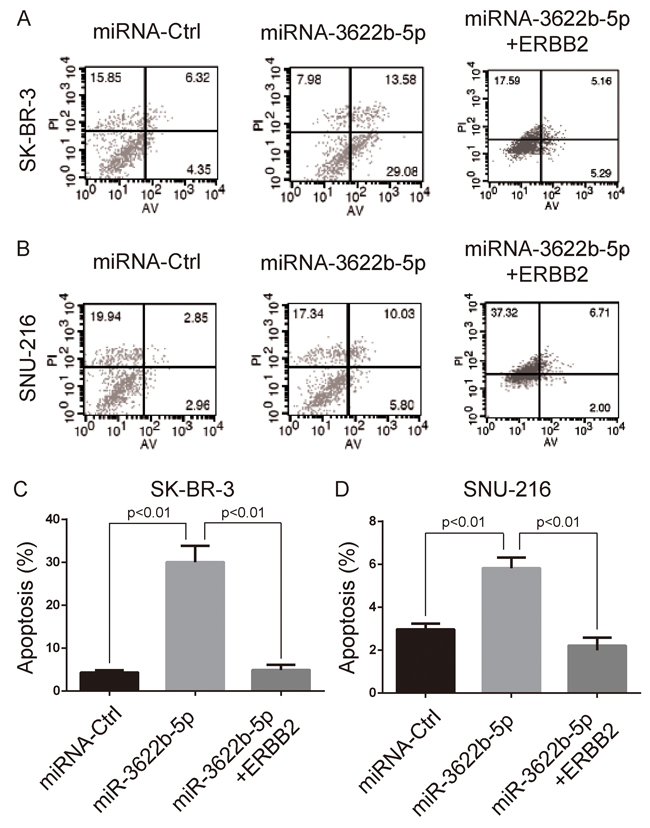 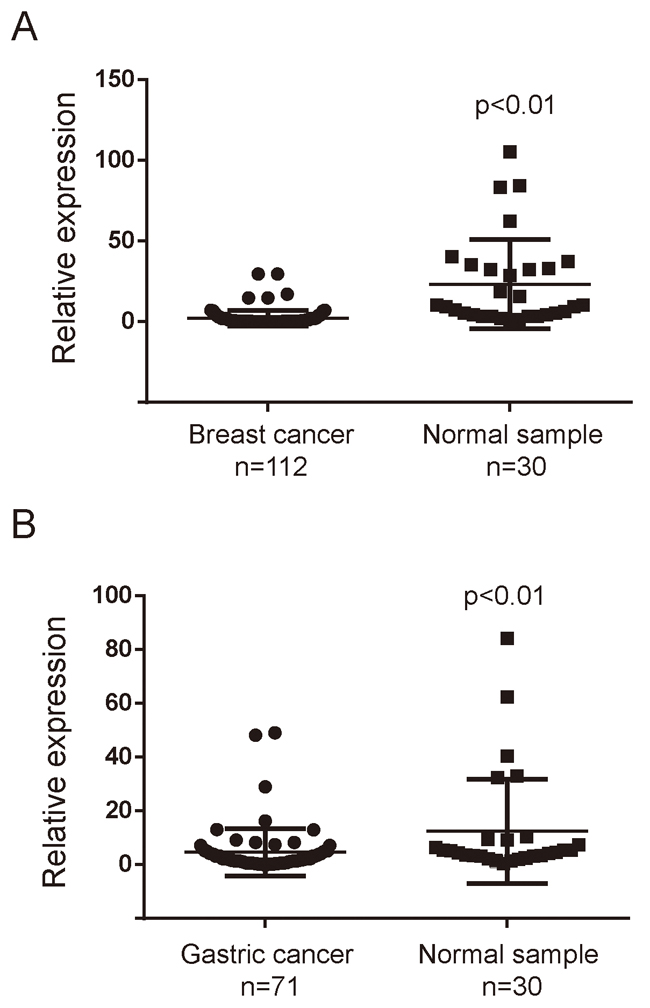 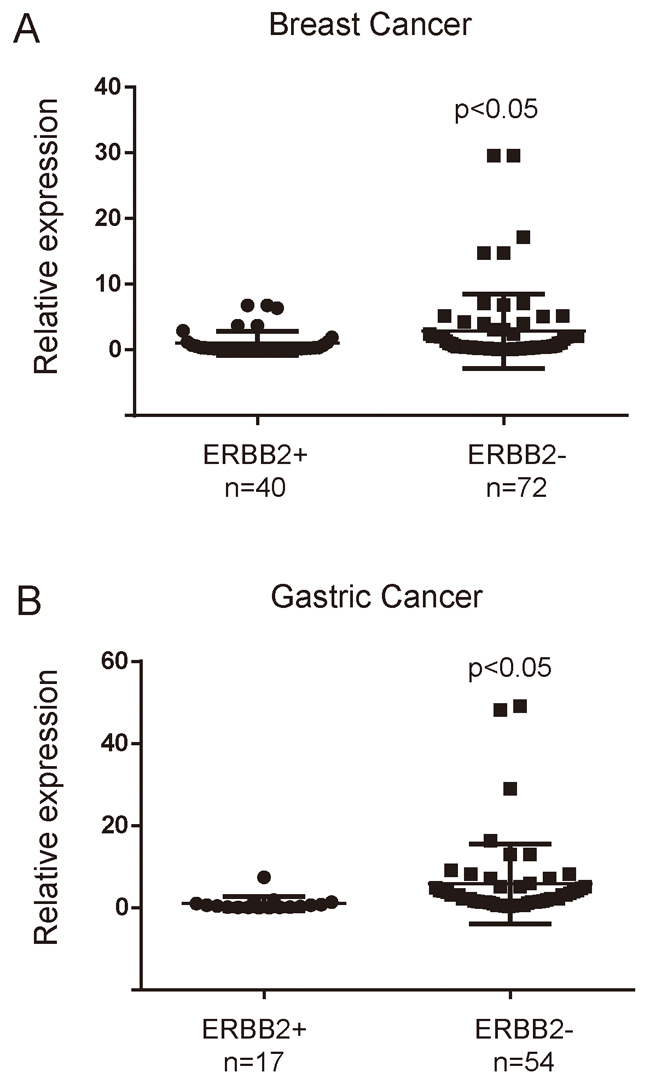 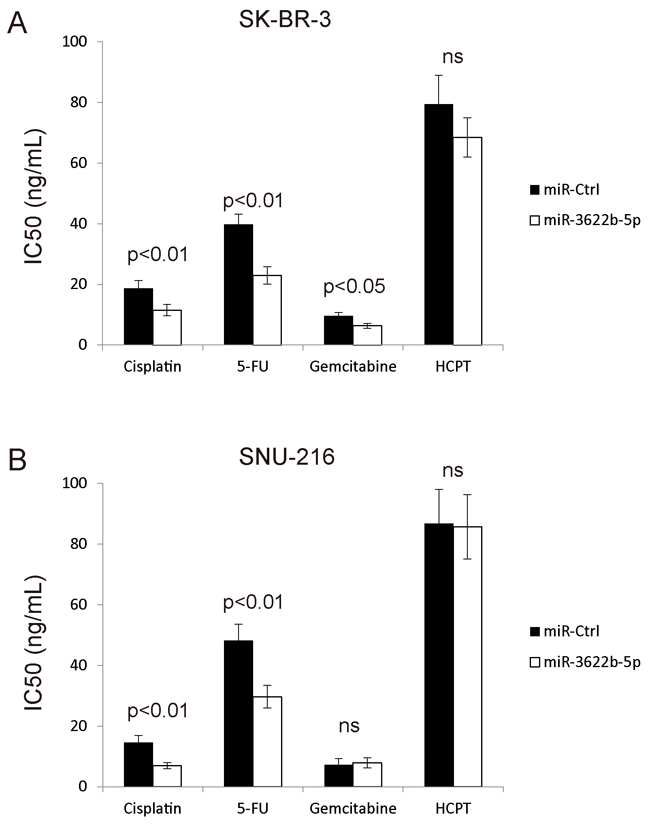 When trastuzumab, small molecular targeted drug CP724714, or interfering RNA against ERBB2 are applied, the EMT-like phenotype of gastric cancer cells is dramatically reversed [28]. In breast cancer, the combination of 5-fluorouracil and cisplatin/docetaxel can trigger pathologic complete response, particularly in HER2-positive and triple-negative diseases [29]. The combination of irinotecan, 5-fluorouracil, leucovorin (FOLFIRI) and trastuzumab is curative for recurrent metastatic gastric cancer [30]. In this study, miR-3622b-5p made ERBB2-positive cancer cells more vulnerable to the apoptosis induced by cisplatin and 5-FU. Therefore, miR-3622b-5p can be taken as a novel target of chemotherapeutic agents.

A total of 112 breast cancer patients and 71 gastric cancer patients recruited by the First Affiliated Hospital of Nanjing Medical University from 2013 to 2016 were included in this experiment. We collected 117 samples of cancer tissues and 30 of adjacent normal tissues, 71 of gastric cancer tissues and 30 of adjacent normal tissues. All tissues were histopathologically confirmed by a pathologist who selected areas of higher tumor cell density for RNA isolation and immunohistochemistry (IHC). All the samples were pathologically examined and stored in liquid nitrogen for miRNA analysis. Ethical approval for the study was granted by the Clinical Research Ethics Committee, Nanjing Medical University. Written informed consent was taken from each participant.

Breast cancer tissues and cells were isolated with Trizol reagent (Invitrogen, Carlsbad, CA) and miRNA fractions were further purified by mirVana™ miRNA isolation kit (Ambion, Austin, TX). The concentration and purity of RNA samples were determined spectroscopically. Expression of mature miRNA was assayed using stem-loop RT, followed by real-time PCR analysis. The SYBR and U6 genes were used for detecting the gene amplification and normalizing each sample, respectively. The primers of reverse transcription and polymerase chain reaction were purchased from RiboBio Co., Ltd (Guangzhou, China) named Bulge-Loop™ miRNA qRT-PCR Primer Set as previously described [31]. QRT-PCR was performed according to the protocol of primer sets. PCR amplification was detected by the level of fluorescence emitted by SYBR Green (SYBR®Premix Ex Taq™ II, TaKaRa) intercalated into double-stranded DNA [31]. The ΔCt method was used for miRNA expression analysis of biopsy specimens. First, the cycle number at the threshold level of fluorescence (Ct) in each sample was determined. Next, the ΔCt value was calculated to show the difference between Ct value of miR-3622b-5p and Ct value of U6: ΔCt = Ct(miR-3622b-5p) - Ct(U6). The fold-change for miR-3622b-5p was calculated using 2-ΔΔCt method. PCR was performed in triplicate.

SK-BR-3 or SNU-216 cancer cells were seeded into 6-well plates (6×105 cells/well), 100 nmol/L miR-3622b-5p mimic or 100 nmol/L miRNA mimic control was transfected by Lipofectamine 2000 (Invitrogen, Long Island, NY, USA) according to the manufacturer’s protocol, respectively. The miR-3622b-5p mimic and miRNA mimic control were chemically synthesized by Shanghai GenePharma Company (Shanghai, China). Twenty four hours after transfection, cells were seeded into 96-well plates (5×103 cells/well). Another forty eight hours after drug administration, cell viability was assessed by 3-(4,5-dimethylthiazol-2-yl)-2,5-diphenyl-tetrazolium bromide (MTT) assay. The absorbance at 490 nm in each well was read on a spectrophotometer. The concentration at which drugs produced 50% inhibition of growth (IC50) was estimated by the relative survival curve. Three independent experiments were performed in quadruplicate.

SK-BR-3 or SNU-216 cells were transfected with miR-3622b-5p mimic (with/without ERBB2 lacking 3`-UTR) and placed into 6-well plates (1000 cells/well), incubated at 37°C for 2 weeks, fixed and stained with crystal violet. The mean ±SD number of colonies was counted under a microscope from three independent replicates.

SK-BR-3 or SNU-216 cells were placed into 6-well plates (6×105 cells /well). Forty eight hours after the transfection with miR-3622b-5p mimic (with/without ERBB2 lacking 3`-UTR), flow cytometry was used to detect the apoptosis of transfected cells by determining the amount of AnnexinV-positive and PI-negative cells.

Each experiment was repeated for at least 3 times. Numerical data were presented as mean±SD. The difference between means was analyzed with Student’s t-test. All statistical analyses were performed using SPSS 13.0 software (Chicago, IL). Differences were considered significant when p< 0.05.

We state no conflicts of interest. The funding bodies had no role in study design, data collection and analysis, decision to publish or preparation of the manuscript. The contents have not been published by or submitted to any other journal. No part of this manuscript has been included in any other manuscript.