Gastric adenocarcinoma (GC) continues to be a significant public health threat. It is the fourth most common cancer and the second leading cause of cancer related death worldwide [1, 2]. The prognosis of patients with GC remains poor. The 5-year overall survival rate for advanced or metastatic disease remains <30% [3]. Trastuzumab, a recombinant monoclonal antibody targeting human epidermal growth factor receptor type 2 (HER2), is now being applied in GC treatment. It significantly improved the overall survival in patients with HER2 overexpression [4]. However, HER2 overexpression only occurs in approximately 13% of the Chinese GC patients [5]. Thus, more targeted agents for treating GC patients are in great needs.

Mesenchymal–epithelial transition factor (MET) is the so called hepatocyte growth factor (HGF) receptor. MET overexpression and its gene amplification have recently been indicated as survival prognostic factors for many cancers including GC. Multiple studies have shown that MET is also a potential therapeutic target in advanced or metastatic GC [6-8]. Interactive crosstalk between MET and other receptors such as epidermal growth factor receptor type 1 (EGFR) and HER2 underlies a key role in resistance to other Receptor Tyrosine Kinase-targeted therapies. For example, previous studies reported that MET pathways activation represented novel drug resistance mechanism of lapatinib unresponsiveness in HER2 positive gastric cancer [9, 10]. So combinational therapy may be more effective in treating HER2 positive gastric cancer patients with MET-induced resistance [11]. Patients with MET gene amplification showed transient sensitivity to the targeted MET inhibitor-Crizotinib [12, 13]. There was also case report about durable complete response of metastatic gastric cancer with anti-MET therapy [14]. Rilotumumab and Onartuzumab are both monoclonal antibodies that are MET inhibitors. Results from phase II clinical trials of these two MET inhibitors were encouraging [15] and currently there are multiple on-going phase III studies on these two agents and other MET inhibitors [16, 17].

Table 4: Correlation between MET overexpression and gene amplification in GC

Due to the inconsistent scoring criteria used in MET IHC interpretation in previous studies, in which the positivity rate of MET overexpression varying from 4% to 82.4% [18, 20, 21], this study demonstrated an applicable MET IHC scoring system in gastric cancer by combining expression proportion and intensity. Similar to Hofmann’s criteria for HER2 IHC scoring [22], we chose 10% as a cut-off value which also has been used in other studies [23]. In the study of Sang Y Ha et al. strong staining in >10% of tumor cells was interpreted as MET IHC 3+ and all nine MET IHC 3+ cases showed MET gene amplification [24]. Our results showed that MET overexpression (IHC 3+) was detected in 6.0% (49/816) of the cohort. A high concordance rate (94.6%) between MET overexpression and gene amplification was demonstrated (Figure 1). MET expression heterogeneity was frequently found in MET overexpression cases, with 51% (25/49) MET IHC 3+ (overexpression) cases whose expression proportion were lower than 50%, while there were only 15.7% and 24.4% respectively in 2+ and 1+/0 patients (Table 2 and Figure 2). MET heterogeneity is definitely an issue that we should pay more attention to in our further studies. 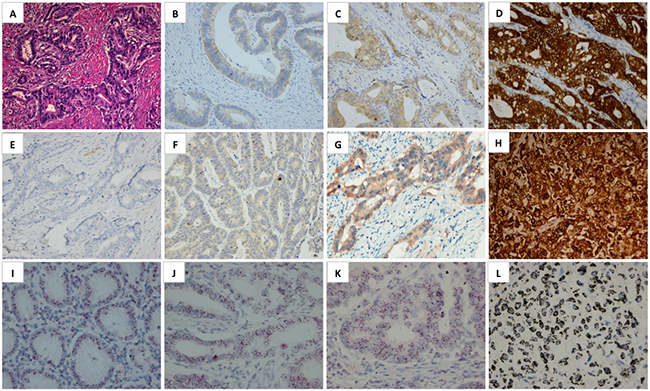 Figure 2: Representative microphotographs of MET overexpression heterogeneity are showed (A&B, ×200). Positive IHC staining of MET was seen in the right area but negative or weak staining in the left area in both picture A. and B.

Whether cases with MET IHC 2+ should be defined as MET overexpression is controversial. Some studies considered MET IHC 2+ as MET overexpression cases which is different from ours [25]. Previous study has shown that IHC 3+ and gene amplification were significantly associated with poor prognosis, but not for IHC 2+[26]. Meanwhile, in our study the MET IHC 2+ patients were rare with gene amplification (3.8%, 3/78). However, Sang Y Ha et al. also revealed MET IHC 2+ cases showed similarly poor survival as those with MET IHC 3+ cases, further confirmation should be performed [24].

We also explored the modified H-score system mentioned in the review of Luigi Marano et al. [23]. The analysis result was summarized in Table 6. MET positive rate was 42.0%. Significant difference in MET overexpression was found in tumor location, Lauren classification, clinical stages, pT status and pN status. MET overexpression was significant higher in I/II stage, pT1/2 and pN0 cases. We would draw a contrary conclusion to the previous studies mentioned in this review and other systematic review and meta-analysis [29].

Previous studies have indicated MET overexpression activated MET signal pathway to promote tumor cell growth, survival, migration, and invasion as well as tumor angiogenesis [19, 26, 30, 31]. In our study, one of the largest studies to date, MET overexpression was found to be related to clinical stages and pT stages. Advanced pT stages supported MET proto-oncogene activation for deeply infiltrating in gastric cancers. It indicated that MET overexpression was poor prognostic factor. That is consistent with many other reports [21, 25, 29]. One study has reported that overexpression of MET tended to be associated with poor prognosis, but there were no significant effects after adjustment for potentially confounding factors with multivariate analysis [32]. Definitely this speculation should be further validated by directly analysis the correlation between MET overexpression and GC overall survival or disease-free survival.

The present study retrospectively evaluated the correlation of MET expression and HER2 expression. According to Table 2, although there was no significant correlation among the subgroups (p =0.164), we found that MET overexpression rate was higher in HER2 positive patients (9.7%, 7/72). Similarly, other researchers revealed that the HER2-positive rate was significantly higher in MET–positive tumors than that in MET–negative tumors (p =0.036) [32]. Meanwhile previous study also reported that co-overexpression of MET and HER2 was demonstrated in small subsets of GC (22%) associated with aggressive behavior. In these cases, combination therapy may be considered as a potential treatment option [11].

A total of 1206 patients with primary GC, who were diagnosed by postoperative pathology, between January 2014 and January 2015, at the Department of Pathology, Cancer Hospital, Chinese Academy of Medical Sciences, Beijing, China, were screened in this retrospective study. In total, 816 patients without history of neoadjuvant chemotherapy, radiotherapy and endoscopic submucous resection were included in this study. All tumor samples were fixed in 10% neutral buffered formalin for 24-48 hours and embedded in paraffin. MET and HER2 IHC staining were routinely performed in all tumor samples, and the MET, HER2 IHC slides and the relevant hematoxylin and eosin (H&E) staining slides were assessed independently by two pathologists. Clinicopathological parameters including age at diagnosis, sex, tumor localization, histological classification, Lauren’s classification, pathological TNM stage and clinical stages were also recorded.

A total of 240 formalin-fixed paraffin-embedded samples were randomly selected to construct tissue microarrays (TMA). Two tumor cores of 1.0 mm diameter were taken from each sample based on H&E staining for conducting IHC staining and dual-color silver in situ hybridization (DISH) analysis.

Dual-color silver in situ hybridization (DISH) analysis was carried out with the MET DNA probe kit and procedures (Ventana). The kit contains dual-color-labeled DNA probes, MET gene (labeled with Spectrum Black) and CEP 7 (chromosome 7 enumeration probe, labeled with Spectrum Red). Pretreatment was carried out with the Paraffin Pretreatment Kit. The MET signals and CEP 7 signals of 20-40 nuclei of gastric tumor cells in different areas were counted using a LEICA DM3000 light microscope ×400. The MET/CEP 7 ratios were interpreted as follows: a MET/CEP 7 ratios≥2 was defined as amplification of the MET gene, while a ratio lower than 2 was defined as no amplification of the MET gene (Figure 2).

Both the IHC scoring and DISH analysis were performed microscopically by two independent pathologists who were blinded to the clinical characteristics of each individual patients. The case-by-case final consensus result was discussed and determined in a common session.

Statistical analysis was carried out using SPSS 21.0 statistical software (SPSS, Inc., Chicago, IL). Statistical associations between clinicopathological characteristics and MET status were assessed using the χ2 test or Fisher’s exact test (if subgroup figure is below expectation). All tests were two-sided, with significance level of 0.05. Kappa analysis was also conducted to assess the concordance of MET overexpression and MET gene amplification.

This study was supported by grants from the Beijing Hope Run Special Fund (LC2012A08) and the Youth Backbone Program (to Jianming Ying) of Cancer Hospital, CAMS, Beijing.

Jianming Ying and Wenbin Li reviewed and edited the manuscript.

All authors read and approved the manuscript.