We investigated the association between single nucleotide polymorphisms (SNPs) in ACYP2, which has been associated with telomere length in several types of cancer, and the risk of CRC in a Chinese Han population. In a case-control study that included 247 cases and 300 healthy controls, 14 SNPs in ACYP2 were selected and genotyped using the Sequenom MassARRAY platform. Odds ratios (ORs) and 95% confidence intervals (CIs) were calculated using unconditional logistic regression after adjusting for age and gender. We determined that rs843711 and rs843706 were associated with an increased risk of CRC (rs843711: OR = 1.376, 95% CI = 1.082-1.749, p = 0.009; rs843706: OR = 1.361, 95% CI = 1.069-1.733, p = 0.012). Additionally, rs6713088, rs843645, rs843711, and rs843706 were associated with an increased risk of CRC under additive and recessive models (p < 0.05). Finally, the “TTCTCGCC” and “CG” haplotypes decreased the risk of CRC, while the “AG” haplotype increase the risk of CRC. The association between rs843711 and CRC remained significant after Bonferroni correction for multiple comparisons (p ≤ 0.00036). Our data shed new light on the associations between genetic variants in the ACYP2 gene and CRC susceptibility in a Chinese Han population.

Colorectal cancer (CRC) is the third most common cancer and the fourth leading cause of cancer deaths worldwide. The incidence of CRC is increasing each year [1]. Although the development of novel therapeutics has increased the 5-year survival rate to 90% for patients who are diagnosed at stage I, the prognosis of patients with advanced stage CRC is poor [2]. Therefore, the identification of epidemiological factors that influence the development of CRC will enable facilitate prevention and early detection, resulting in improve patient outcomes. Twin studies have shown that the contribution of inherited factors (mainly genetic) to the etiology of CRC is approximately 35% [3], which means that genetic factors significantly impact CRC susceptibility.

Telomeres are nucleoprotein complexes at the ends of eukaryotic chromosomes. These structures consist of noncoding TTAGGG repeats and associated telomere binding proteins. Telomeres maintain chromosome integrity and genomic stability by preventing nucleolytic degradation, chromosomal end-to-end fusion, and irregular recombination [4-6]. Telomere length is determined by a balance between processes that shorten and lengthen the telomere [7]. The average telomere length ranges from 10-15 kb in human somatic cells. Telomere length is reduced by 50-200 bp with each cell division [8]. During somatic cell replication, telomere length progressively shortens due to the inability of DNA polymerase to fully replicate the 3’ end of the DNA. In general, a critically short telomere length can trigger replicative senescence and cell death [9]. This can result in genomic instability and chromosomal abnormalities, which can promote carcinogenesis [10].

Table 1: Characteristics of the cases and controls included in the study

a The p value was calculated using Pearson’s chi-square tests.

b The p value was calculated using Welch’s t tests.

Table 3: Genotype distributions of the SNPs and their associations with the risk of colorectal cancer

b: p values were calculated using unconditional logistic regression after adjusting for sex and age;

Table 4: Logistic regression analysis of the association between the SNPs and colorectal cancer (adjusted for sex and age) 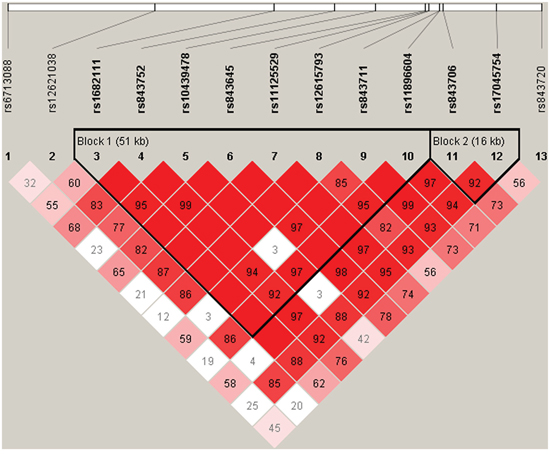 Table 5: ACYP2 haplotype frequencies and the association with the risk of colorectal cancer in cases and controls

p-adj: p-values were adjusted for sex and age;

Previous studies have revealed an association between the ACYP2 gene and cancer cell metabolism (i.e. pyruvate metabolism and glycolysis/gluconeogenesis) [15, 16]. Cancer cell survival and proliferation is associated with glucose uptake and altered expression of several metabolic intermediates in the glycolysis/gluconeogenesis pathway such as phosphofructokinase (PFK) and pyruvate kinase [17, 18]. PFK is essential for glycolysis and is a possible target for anticancer drugs. The transition of cancer cells to a highly proliferative state is correlated with reduced PFK expression [19]. Furthermore, pyruvate metabolism can generate lactate or alanine and is accompanied by the conversion of NADH to NAD+, which could provide substrates and energy for cancer cells to drive proliferation and differentiation [20]. Thus, stimulation of the pyruvate metabolic pathway may promote malignant transformation [18, 21]. We found that SNPs in ACPY2 were associated with CRC risk. Our data suggest that ACPY2 may play an important role in regulating glucose and pyruvate metabolism in CRC patients. However, the mechanistic details have not yet been elucidated.

Telomeres have a critical role in maintaining genomic stability [22, 23]. Telomere lengths become shorter following each cell division. Therefore, telomere length could serve as a marker of cellular and biological age [24]. It is possible that shortened telomeres may predispose individuals to certain diseases. Genome-wide association studies have demonstrated that rs11125529 in the ACYP2 gene was associated with reduced telomere length [12, 25]. Although we did not observe an association between rs11125529 and CRC risk in our study population, we did find that rs6713088, rs843645, rs843711, and rs843706 were associated with CRC risk. Furthermore, we found that the “TTCTCGCC” and “CG” haplotypes were protective against CRC while the “AG” haplotype may increase the risk of CRC. These results suggested that genetic variations in the ACYP2 gene may impact CRC risk by influencing telomere length.

Our study had several intrinsic limitations. For example, CRC is a heterogeneous disease, and alcohol and tobacco consumption are important risk factors for CRC. Because our study had a relatively small size, and it did not incorporate data regarding alcohol and tobacco consumption, we could not explore the interactions between genetic polymorphisms and environmental factors in CRC patients. Therefore, the relationship between ACYP2 polymorphisms and drinking and smoking status in CRC must be evaluated in future studies.

In summary, our results indicate that SNPs in the ACYP2 gene are associated with CRC in a Chinese Han population. These SNPs may serve as a prognostic biomarkers for CRC in the Chinese population. Future studies will focus on elucidating the function of ACYP2 in CRC, which could be important for CRC prevention or early detection, and for improving patient prognosis.

All participants in our study were Han Chinese. A total of 247 patients and 300 controls were consecutively recruited between January 2011 and December 2014 at the LiaoNing Cancer Hospital and Institute, Affiliated Tumor Hospital of China Medical University, China. There were no gender, age, or disease stage restrictions for case recruitment. All cases were previously healthy individuals. The diagnosis of CRC was confirmed by histopathological examination. The control subjects had personal history of malignancy or chronic disease. We excluded patients who underwent radiotherapy or chemotherapy, as well as controls with chronic diseases. All participants in the current study were not related by blood.

We used a standard epidemiological questionnaire and in-person interview to collect personal data including age, gender, residential region, education status, and family history of cancer. The case information was collected through consultation with the treating physicians or from medical chart reviews. All of the participants provided written informed consent. The Human Research Committee for Approval of Research Involving Human Subjects, LiaoNing Cancer Hospital and Institute, Affiliated Tumor Hospital of China Medical University, approved the use of human blood samples in this study.

Among the 14 SNPs we selected, rs11125529 was chosen based on previously published polymorphisms associated with telomere length [12]. The others were randomly selected. All of the SNPs had MAFs > 5% in the HapMap Chinese Han Beijing population. DNA was extracted from whole blood samples using the GoldMag-Mini Whole Blood Genomic DNA Purification Kit (GoldMag Co. Ltd. Xi’an City, China). Quantification of the extracted DNA was performed using a NanoDrop 2000 (Thermo Scientific, Waltham, Massachusetts, USA). The multiplexed SNP MassEXTENDED assay was designed using the Sequenom MassARRAY Assay Design 3.0 Software [27]. Genotyping was performed on a Sequenom MassARRAY RS1000 platform using the manufacturer’s protocol. The PCR primers for each SNP are shown in Table 6. Data management and analysis was performed using the Sequenom Typer 4.0 Software [27, 28].

We used Microsoft Excel and the SPSS 18.0 statistical package (SPSS, Chicago, IL, USA) to perform statistical analyses. All p values presented in this study were two sided, and p = 0.05 was considered the cutoff for statistical significance. Differences in the characteristics of the case and control study populations were analyzed using chi-square tests for categorical variables and Welch’s t tests for continuous variables. In all analyses, the lower frequency allele was considered to be the ‘risk’ allele. Control genotype frequencies for each SNP were tested for departure from HWE using Fisher’s exact tests. Allele and genotype frequencies in the cases and controls were compared using chi-square tests [29]. Three models (additive, dominant, and recessive) were used to assess the association between each genotype and the risk of CRC. The effects of the polymorphisms on the risk of CRC were expressed as ORs with 95% CIs, which were calculated using unconditional logistic regression analysis after adjusting for age and gender [30]. Finally, LD patterns and haplotypes were evaluated using the Haploview software package (version 4.2) [31]. Bonferroni correction was performed on all p values, and the threshold for statistical significance was set at p ≤ 0.00036 (0.05/14).

We are grateful to Dr. MingDi Yin for performing the statistical analysis. We also thank Yu Liu for providing technical support and performing the SNP association analysis.

29. Adamec C. Example of the use of the nonparametric test. Test X2 for comparison of 2 independent examples. Ceskoslovenské zdravotnictví. 1964; 12:613.