Background: ROS1 rearrangement is a novel molecular subgroup of non-small-cell lung cancer (NSCLC). This study aimed to investigate the efficacy of crizotinib and pemetrexed-based chemotherapy in Chinese NSCLC patients with ROS1 rearrangement.

Lung cancer is the most common malignant tumor and the leading cause of cancer death worldwide, with non-small-cell lung cancer (NSCLC) patients accounting for 80–85% of its cases [1]. In the past 10 years, with the identification of oncogenic drivers, such as epidermal growth factor receptor (EGFR) mutation and anaplastic lymphoma kinase (ALK) rearrangements, the quality of life and prognosis of NSCLC patients with these driver mutations have been significantly improved when they were treated with small molecular tyrosine kinase inhibitors (TKIs) [2–4].

The c-ros oncogene 1 (ROS1) rearrangements, detected in 1%~2% of NSCLC [5–9] and up to 3% in lung adenocarcinoma [10, 11], represent a novel molecular subgroup of NSCLC. Similar to ALK fusions, ROS1 rearrangement-positive patients had tendencies to be younger, never-smoker, and with adenocarcinoma histology [5–9]. ROS1 and ALK are receptor tyrosine kinases (RTK), and both of them belong to the insulin receptor superfamily. The kinase domains of ALK and ROS1 fusion proteins display highly homology, implying that ALK-TKI, such as crizotinib, will be also effective for ROS1 rearrangement-positive NSCLC patients [12]. Preliminary data from a phase 1 clinical trial showed that crizotinib was highly active in ROS1 fusion-positive patients [13]. Moreover, a retrospective study showed that ROS1 fusion-positive NSCLC patients were greatly sensitive to crizotinib [14]. On the basis of the demonstration of substantial efficacy in the above phase I study, crizotinib has recently been approved by the United States Food and Drug Administration (FDA) as a treatment for patients with ROS1 fusion-positive NSCLC. However, the studies above were carried out among Caucasian populations. It is still unknown about the efficacy of crizotinib in large-scale Chinese NSCLC patients with ROS1 rearrangement.

Herein, we analyzed arguably the largest cohorts to assess the efficacy of crizotinib and pemetrexed-based regimen in Chinese NSCLC patients with ROS1 rearrangement in this study. Meanwhile, we also investigated whether TS mRNA levels were associated with the response of pemetrexed-based regimen in ROS1 rearrangement NSCLC patients. 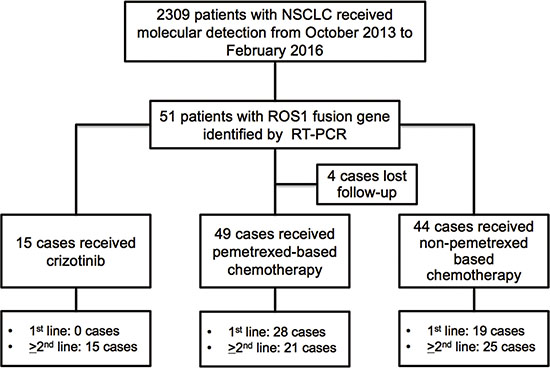 Table 1: Clinical characteristics of all included patients at baseline

47 ROS1 fusion-positive samples were reconfirmed by means of direct sequencing. The most common ROS1 fusion partner was CD74, accounting for 40.4% (19 of 47); other partner genes included EZR in 13 (27.7%) patients, SLC34A2 in 8 (17.0%), SDC4 in 6 (12.8%), and GOPC in 1 (2.1%); the sequence of the ROS1 fusion-positive patients in our study were shown in Supplementary Figure S1. According to the frequency of ROS1 fusion partners, we classified these patients into 4 subgroups, patients with CD74-ROS1, SLC34A2-ROS1, EZR-ROS1, and other partner genes (including SDC4-ROS1, GOPC-ROS1). The clinical characteristics of the four subgroups are listed in Table 2. The tumor response was evaluated in 15 patients who received oral crizotinib with advanced NSCLC and ROS1 fusion-positive. Among them, five had CD74-ROS1 fusion, three had SLC34A2-ROS1 fusion, and seven had EZR-ROS1 fusion. For crizotinib treatment, one patient had a complete response, 11 had a partial response and three attained stable disease. However, there was no distinct correlation between the ROS1 fusion partners and the tumor response of crizotinib treatment (Supplementary Figure S2). The median PFS time was 294 days (Figure 2A), and no statistical significance was observed in PFS among the three different ROS1 fusion partners (Figure 2B). 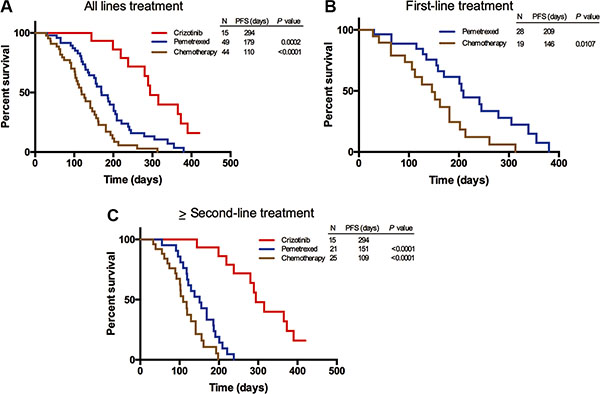 Table 3: Tumor response in patients received chemotherapy according to RECIST

This is the first large-scale retrospective study to comprehensively investigate the efficacy of crizotinib, pemetrexed-based and non-pemetrexed-based chemotherapy in Chinese NSCLC patients with ROS1 fusion-positive. We discovered that there was no apparent correlation between the PFS of patients treated with crizotinib and the ROS1 fusion partners. The current study indicated that both crizotinib-treated and pemetrexed-treated groups had a significant longer PFS than non-pemetrexed-treated group, regardless of the lines of treatment. Besides that, in pemetrexed-treated group, a statistically significant difference was observed in PFS between the 1st and > 2nd regimens. Moreover, we found that ROS1 fusion-positive patients treated with pemetrexed-based chemotherapy with low TS expression had an obvious longer PFS than those with high TS expression.

As is known, TS is an important folate enzyme which can be mainly targeted by pemetrexed. Studies have demonstrated that the TS expression was associated with the treatment efficacy of pemetrexed in NSCLC patients, with low of TS expression conferring increased sensitivity to pemetrexed [17–22, 31]. Although a retrospective study suggested that H-scores of TS protein levels of ROS1 fusion-positive patients were not associated with the PFS of pemetrexed therapy [16], the immunohistochemical staining which was adopted to assess TS levels is less sensitive and semiquantitative than quantitative real-time RT-PCR. A host of studies manifested that TS RNA level can predict the sensitivity of pemetrexed in NSCLC patients [18, 19, 22, 31]. In addition, Alice Shaw et al. reported that TS RNA level was inversely associated with the efficacy of pemetrexed in ALK fusion-positive NSCLC [31]. Kim et al. discovered that the ROS1 fusion-positive HCC78 cell line had low TS expression and the most sensitivity to pemetrexed in comparison to other NSCLC cell lines [15]. By using quantitative real-time RT-PCR to measure the mRNA levels of TS, we discovered that ROS1-positive patients who had lower level of TS RNA showed better susceptibility to pemetrexed-based chemotherapy. Randomized clinical studies should be carried out to demonstrate these results.

Several limitations cannot be avoided completely in this study. First, the number of patients who had particular ROS1 fusion partner treated with crizotinib was relatively small. Second, NSCLC patients enrolled in our study were drawn from the single-institution series. However, considering the relatively larger sample size, the current data can lay the foundation to further large-scale prospective studies of pemetrexed-based chemotherapy in Chinese ROS1 fusion-positive patients. Third, this study was a retrospective study, which might have induced selection bias. Therefore, the findings in this study need to be validated in prospective trials with large scale.

In conclusion, our study suggests that crizotinib and pemetrexed-based chemotherapy are effective to patients with ROS1 rearrangement-positive, and the relative expression of TS RNA can predict the sensitivity of ROS1-positive patients to pemetrexed.

This study was carried out in a group of NSCLC patients received ROS1 rearrangement detection by reverse transcriptase polymerase chain reaction (RT-PCR) assay between October 2013 and February 2016 at Shanghai Pulmonary Hospital, Tongji University School of Medicine, Shanghai, China. Pathological diagnosis and staging was carried out according to the staging system of the 2009 International Association for the Study of Lung Cancer (version 7). As for the paraffin-embedded and formalin-fixed samples, all samples were reviewed by pathologists to confirm the tumor histology and the tumor cells over 30% of the samples. As for the cytological samples, once the operator acquired the tumor biopsy tissue, it was separated into two parts: one part was for pathologic analysis, and another part, which was preserved for extracting mRNA, was directly put in an RNase-free Eppendorf tube containing 500 μl of RNAlater (Cat No.AM 7021, life technologies) and stored at –80°C until the analyses were performed.

Patients’ medical records were reviewed to evaluating the clinicopathological features and treatment regimens. All the eligible patients’ clinical data included the age, gender, smoking status, histological type, Eastern Cooperative Oncology Group (ECOG) performance status (PS) and previous treatment regimens. Nonsmokers were defined as patients with the smoking dose of < 100 cigarettes in their lifetime. Clinical responses were evaluated according to the response evaluation criteria in solid tumors (RECIST) version 1.1. PFS was measured from the first day of treatment until either tumor progression or death. This study was approved by Shanghai Pulmonary Hospital Ethics Committee. Each patient had signed a written informed consent before the study started.

ROS1 rearrangements were identified by an AmoyDx® ROS1 fusion gene detection kit (Amoy Diagnostics Co., Ltd, Xiamen, China). The patterns of ROS1 rearrangements were detected in our study as previously described [9]. The RT-PCR conditions of cDNA was as follows: one cycle of 95°C for 5 min; followed by 15 cycles of denaturation at 95°C for 25 s, annealing at 64°C for 20 s and elongation at 72°C for 20 s to ensure the specificity; and up to 31 cycles of 93°C for 25 s, 60°C for 35 s (data collection) and 72°C for 20 s. β-actin was used as an internal reference gene to ensure the quality of the extracted RNA and ROS1-rearranged DNA was used as positive control.

The TS RNA level was measured by quantitative RT-PCR methodology using SYBR Premix Ex Taq (TaKaRa) and an MX3000P instrument. The sequences of primers for TS and Glyceraldehyde 3-phosphate dehydrogenase (GAPDH) reference gene were as follows:

Categorical variables were compared using χ2 test or Fisher exact test when necessary. PFS was estimated by the Kaplan-Meier method, and the log-rank test was used to compare the difference between the groups. A Cox regression model was used to calculate hazard ratio (HR) and its 95% confidence interval (CI). Statistical analysis was performed using SPSS version 22.0 software (IBM, Armonk, NY). All P values were two-sided, and a P value of < 0.05 was considered statistically significant.