We evalueted a systemic immune-inflammation index (SII), neutrophil-to-lymphocyte ratio (NLR) and platelet-lymphocyte ratio (PLR) with the aim to explored their prognostic value in patients with advanced hepatocellular carcinoma (HCC) treated with sorafenib. 56 advanced HCC patients receiving sorafenib were available for our analysis. Lymphocyte, neutrophil and platelet were measured before beginning of treatment and after one month. Patient with SII ≥ 360 showed lower median PFS (2.6 vs. 3.9 months, P < 0.026) and OS (5.6 vs. 13.9 months, P = 0.027) with respect to patients with SII < 360.

NLR ≥ 3 had a lower median PFS (2.6 vs. 3.3 months, P < 0.049) but not OS (5.6 vs. 13.9 months, P = 0.062) than those with NLR < 3. After adjusting for clinical covariates SII and NLR remained an independent prognostic factor for OS. The SII and NLR represent potential prognostic indicator in patients with advanced HCC treated with sorafenib.

The introduction of Sorafenib, currently representing the standard of care of advanced HCC, changed the clinical landscape even if a large proportion of patients show a limited efficacy with respect to toxic effects [2, 3, 4, 5, 6, 7]. Until now predictive biomarkers of sorafenib efficacy or resistance have yet to be identified [8, 9, 10, 11, 12, 13].

Systemic inflammatory responses have been shown to reflect the promotion of angiogenesis, DNA damage and tumor invasion through up-regulation of cytokines [14]. Previous research revealed that lymphocytes play a crucial role in tumor defense by inducing cytotoxic cell death and inhibiting tumor cell proliferation and migration [15]. In consideration of these factors, several inflammation and immune-based prognostic scores, such as lymphocyte count, neutrophil-lymphocyte ratio (NLR), and systemic immune-inflammation index (SII), have been developed to predict survival and recurrence in cancers, including HCC [16, 17].

Cancer immunotherapy has made huge progress in the last few years. In particular, recent studies focalize the role of immune system in HCC. In fact, the unique immune response in the liver favors tolerance, which can represent a genuine challenge for conventional immunotherapy in patients with HCC [18].

Herein, we evaluated the potential role of SII, NLR and PLR as predictors of outcome in HCC patients treated with sorafenib.

56 patients diagnosed with HCC were consecutively treated with sorafenib. The patients caracteristics and clinical outcome show in Table 1. 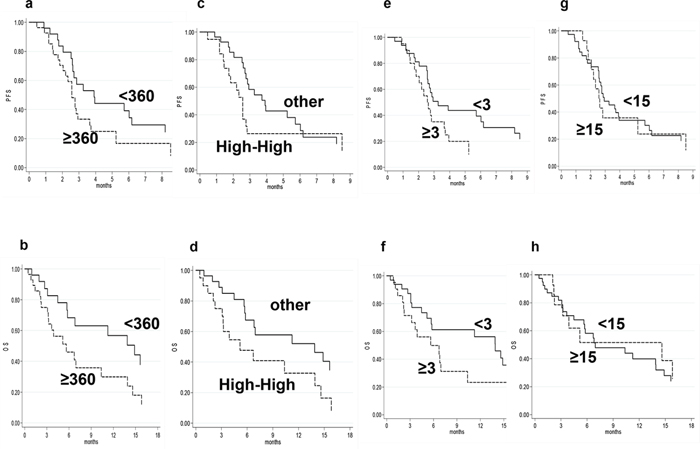 Table 2: Association between SII, NLR and PLR and ORR

NLR and PLR modifications during the course of treatment show in Table 3.

Table 3: NLR and PLR modifications during the course of treatment

The counts for neutrophils, lymphocytes and platelets alone without the ratio and clinical outcome show in Table 4.

Table 4: The counts for neutrophils, lymphocytes and platelets alone without the ratio and clinical outcome

In the present study, SII and NLR was show to be an indipendent predictor of OS for patients with HCC treated with sorafenib. Our results suggest that the SII could be a more objective marker that reflects the balance between host inflammatory and immune response status than indexes such as the PLR and NLR. In addition, our data have shown that a high SII basal and a month is associated with a worse prognosis respect other patients.

In neoplastic process, inflammatory cells are powerful tumor promoters; they produce an attractive environment for tumor growth, facilitating genomic instability and promoting angiogenesis [19]. Tumors are often infiltrated by various numbers of lymphocytes, macrophages and mast cells. It has been suggested that lymphocytes play central roles in host antitumor immune responses. Mouse models have shown that lymphocytes may control cancer outcome [20].

As an integrated indicator based on peripheral lymphocyte, neutrophil, and platelet counts, the predictive value of SII for cancer outcomes might be due to the function of these three types of cells. Lymphocytes and platelets have been proven to promote tumor development. In addition, recent evidence indicates that neutrophils enhance cancer cell invasion, proliferation, and metastasis and assist cancer cells with evading immune surveillance.

Ipilimumab is a monoclonal antibody that works to activate the immune system by targeting CTLA-4, a protein receptor that downregulates the immune system. Recent works on melanoma have shown thatb derived neutrophil-to-lymphocyte ratio may be associated with response to these drugs [26, 27]. For this reason, our work highlights the possible benefit of a subset of patients with advanced hepatocellular carcinoma to treatment with ipilimumab. In conclusion the low cost, easy determination, and reproducibility of a full blood count make SII and NLR a promising tool for assessing HCC prognosis in future clinical practice.

This retrospective study was conducted on 56 HCC patients consecutively treated at our institute (Istituto Scientifico Romagnolo per lo Studio e la Cura dei Tumori) from 2012 to 2015.

The aim of this analysis was to examine the association between baseline SII, NLR and PLR levels and Progression-Free Survival (PFS) and Overall Survival (OS) in patients with HCC treated with sorafenib.

Information on neutrophil, lymphocyte and platelet counts from hematologic blood tests carried out at baseline (the day before the start of treatment) and one month was collected. Complete blood counts have been carried out with XE-2100 (Sysmex, Kobe, Japan).

Association between categorical variables was assessed using the Fisher’s exact test, when appropriate.

We also conducted landmark analyses to reduce possible confounding by time on treatment by assessing the impact of change in SII; NLR and PLR at 1 month landmark time on survival outcomes. X-tile 3.6.1 software (Yale University, New Haven, CT) was used to determine the cutoff value for baseline levels of each II. SII ≥360, NLR ≥3 and PLR ≥15 were considered as elevated levels.

The authors would like to thank Ursula Elbling for editing the manuscript.

All the other authors have no conflict of interest to declare. The manuscript has not been published previously, and is not under consideration, in whole or in part, for publication elsewhere.

ACG conceived and designed the study. ACG, ES collected and assembled the study data. ACG, LF, MS, NS, GFF, GLF, MV: analyzed and interpreted the data. All authors contributed to the drafting and revision of the manuscript and approved the final version