Laryngeal squamous cell carcinoma (LSCC) is one of the most common head and neck squamous cell carcinomas (HNSCC), and arises from the larynx epithelium with high metastasis rates and poor prognosis [1, 2]. Currently LSCC patient therapies include chemotherapy, radiotherapy and surgery, alone or in combination [3]. While treatment prolongs patient survival, metastatic tumor growth severely reduces overall survival rates [4, 5]. Elucidating the mechanisms of LSCC metastasis will be essential for identifying potential molecular targets to improve patient survival and quality of life.

Years after initial treatment, LSCC patients may develop local remnant or disseminated tumors. This phenomenon can be explained by tumor dormancy, a stage in tumor progression in which residual disease is present, but asymptomatic [6]. Revival of dormant tumor cells may be important in tumor recurrence and metastasis in cancer of the lung [7], breast [8] and prostate [9], as well as HNSCC [10, 11]. However, mechanisms of tumor dormancy regulation are still largely unclear.

In the present study, we established a dormant LSCC cell model (D-Hep2 cells) to examine AURKA expression. We regulated AURKA expression in tumor Hep2 (T-Hep2) and D-Hep2 cells to assess dormant tumor cell revival. We also inhibited members of the FAK/PI3K/Akt pathway and found that AURKA might reverse tumor cell dormancy and contribute to LSCC metastasis and recurrence via FAK/PI3K/Akt pathway activation. 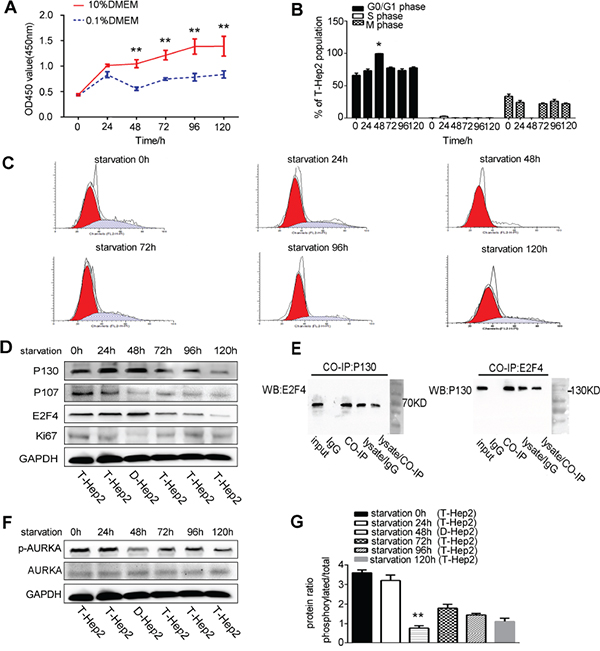 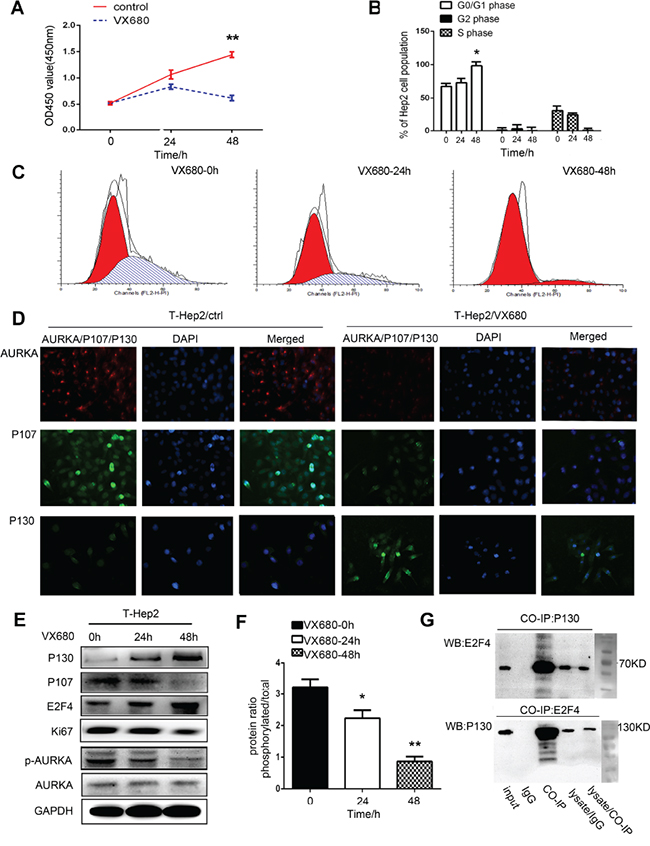 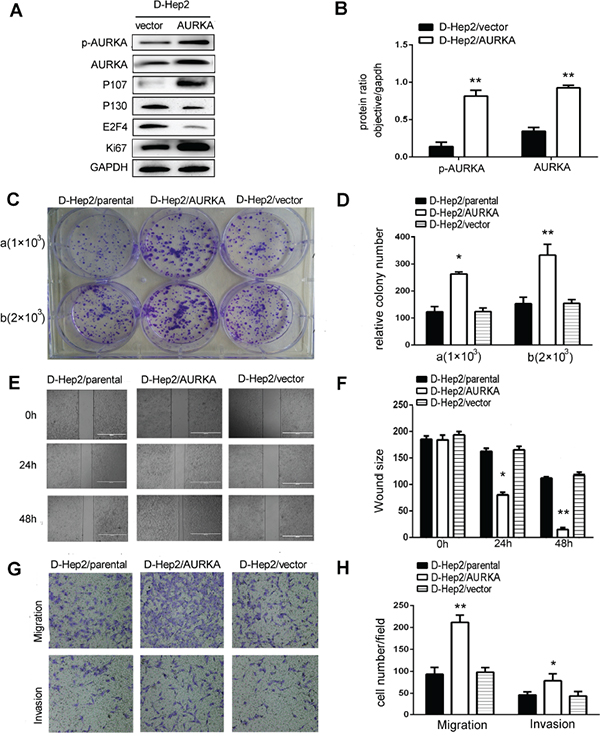 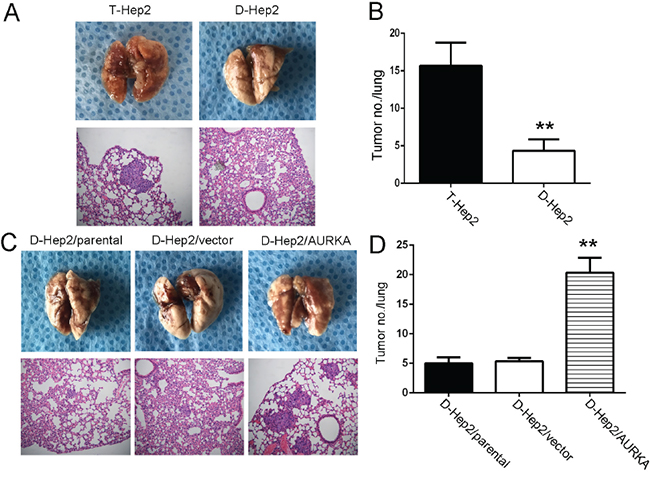 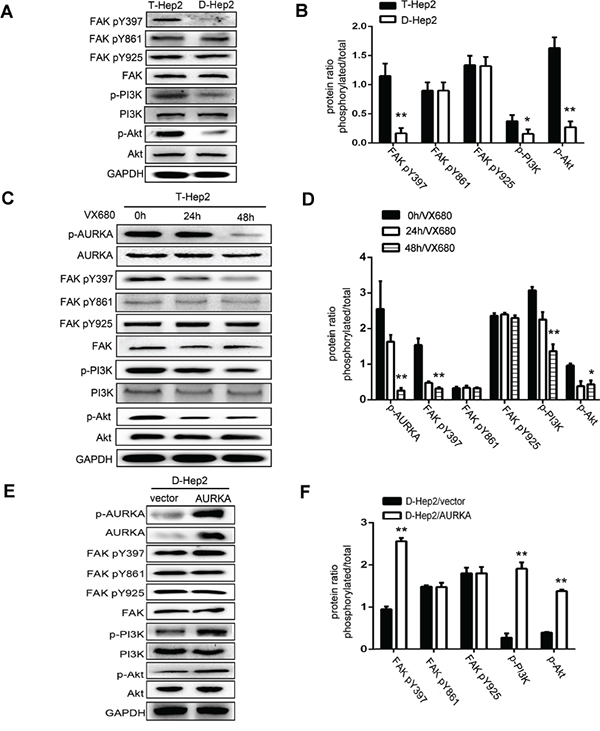 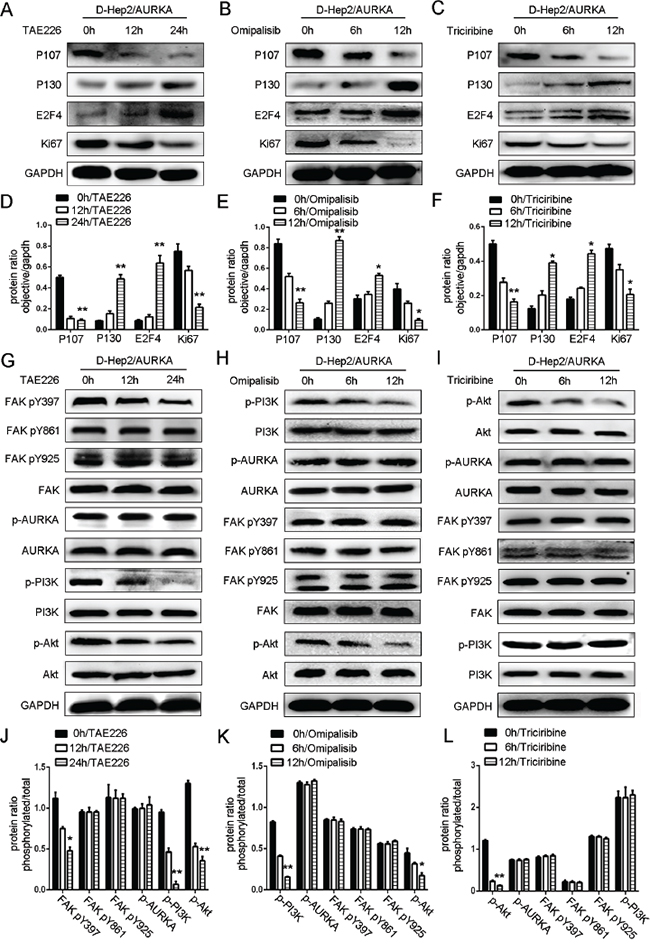 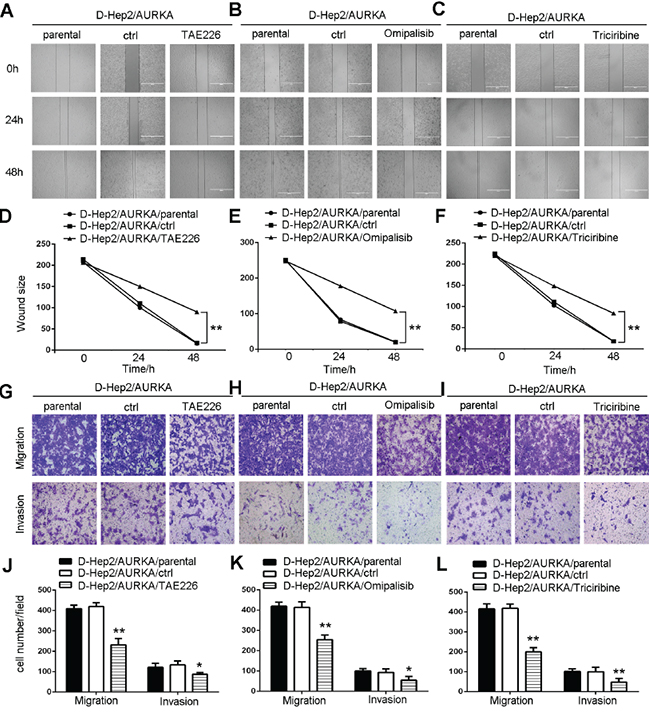 Tumor metastasis accounts for the majority of cancer-related deaths worldwide and the revival of dormant tumor cells may be one of the mechanisms related to metastasis. However, the precise molecular and cellular regulators involved in this transition remain poorly understood [33]. To study the role of dormant cells in tumor metastasis, we established a dormant cell model. Several interventions have been shown to induce cell dormancy, including starvation [20], short-term chemotherapy [34] and radiation [35]. Wilkie, et al. stated that tumor-immune dynamics in the micro-environment could inform tumor dormancy [36].

We investigated tumor dormancy as it relates to LSCC recurrence. Aurora kinase A (AURKA), a member of the Aurora serine/threonine kinase family [51], occurs from late G2 and M phase, whereas resting cells have low or undetectable levels of this enzyme [52]. Based on our previous study, AURKA expression was elevated in human LSCC as compared to adjacent normal tissues, and was associated with regional lymph node metastasis and TNM stage [3]. AURKA promoted Hep2 cell migration and invasion and enhanced tumorigenesis in vivo [22]. Here, we observed that AURKA overexpression could revive dormant tumor cells to promote tumor metastasis. To our knowledge, this is the first report of a relationship between AURKA and LSCC cell dormancy. In our study, AURKA expression was low in D-Hep2 cells and dormancy-related proteins were impacted by alterations in AURKA expression. The E2F4-P130 complex was observed in T-Hep2 cells after 48 h treatment with VX680. Furthermore, D-Hep2 cells overexpressing AURKA exhibited enhanced cellular proliferation, migration and invasion. Together, these results demonstrated that AURKA could revive dormant Hep2 cells to stimulate malignant progression in LSCC.

AURKA reportedly interacts with proteins such as p53, BRCA1, Plk1 and PI3K. Bolos, et al. noted that FAK interacted with Src to activate PI3K followed by Akt to promote tumorigenicity and metastasis [53]. Yao, et al. revealed cross-talk between AURKA and the PI3K pathway during Akt activation [54]. We therefore studied the role of the FAK/PI3K/Akt pathway in dormant tumor cell revival, and the interactions between AURKA and this pathway in promoting LSCC metastasis. The FAK/PI3K/Akt pathway was activated in T-Hep2 compared with D-Hep2 cells and was altered depending on AURKA expression. FAK/PI3K/Akt pathway inhibition also altered levels of dormancy-related proteins, suggesting that this pathway might regulate dormancy-like behavior along with D-Hep2/AURKA cell mobility, migration and invasion. Deservedly, there may be other more tumor signal pathways involved in the process except FAK/PI3K/Akt which deserve us to discover further.

In addition, VX680, TAE226, Omipalisib and Triciribine, inhibitors of AURKA, FAK, PI3k and Akt, respectively, reduced LSCC cell mobility, migration and invasion and lead to tumor regression. Therefore, drugs targeting the AURKA/FAK/PI3k/Akt molecules could be tested as single agent or combination therapies. Drug doses and schedules should be guided by further pre-clinical trials and correlative studies should be performed to test drug pharmacodynamics.

Cells under starvation conditions or treated with VX680 were seeded into 6-well plates and cultured to 60–70% confluence. Cells were trypsinized, rinsed three times with cold phosphate buffered saline (PBS) and fixed with 100% cold alcohol at 4°C overnight. Cells were then stained with 300 μl PI/Rnase Staining Buffer (BD Pharmingen) in the dark at 37°C for 30 min. FACS Calibur (Becton Dickinson, USA) was used to analyze cell cycle stage. Modfit Software (Becton Dickinson, USA) was used to quantify the number of cells in G0/G1, S or G2/M phase.

AURKA siRNA (pEX-3(pGCMV/MCS/Neo)) was purchased from Shanghai GenePharma Company. 3×105 cells were seeded into 6-well plates and incubated overnight. Cells were transfected with siRNA by lipofectamine 2000 (Invitrogen) and selected with 1200 ug/ml G418. Selected clones were verified by western blotting and frozen.

Cells, with or without transfection, were seeded into 6-well plates at 1×103 and 2×103 cells/well. Cells were cultured in DMEM with 10% FBS for 3 weeks, washed twice with PBS and stained with crystal violet for 30 min. Cell colonies were counted in every well.

A total of 1×106 cells/well, with or without transfection or inhibitors, were inoculated into 6-well plates. After overnight incubation, 20 μl pipette tips were used to scratch the cells. Then, floating cells were washed away in PBS three times. Cells were photographed under a high-powered microscope (2x) at 0, 24 and 48 h.

2×105 cells, with or without transfection or inhibitors, were seeded in 200 ul of serum-free DMEM into the upper chambers of transwells (Boyden transwell chambers, Corning, MA, USA), and 600 μl of DMEM with 10% FBS was added into the lower chambers. Cells were cultured for 24 h and filters were stained with crystal violet for 30 min at room temperature. Cells in five random fields were counted under a high-power objective (10x). For invasion assays, upper chamber membranes were coated in matrigel (Becton Dickinson Labware, Bedford, MA, USA).

2×106 T-Hep2, D-Hep2, D-Hep2/parental, D-Hep2/vector or D-Hep2/AURKA cells in 200 μl PBS intravenously injected via tail vein into 4-week-old male nude mice, which were purchased from the Institute of Zoology, Chinese Academy of Sciences. Metastatic nodules were counted by H&E staining after 45 days.

All authors declare no conflicts interest.

This work was supported by grants from the Clinical Science and Technology Innovation Project of Shengkang Hospital Development Center (SHDC12015144), and the National Natural Science Foundation of China (No. 81372187).

52. Amin M, Minton SE, LoRusso PM. A phase I study of MK-5108, an oral aurora a kinase inhibitor, administered both as monotherapy and in combination with docetaxel, in patients with advanced or refractory solid tumors. Invest New Drugs. 2015; 11:230-232.