Purpose: Effective prognostic factors for patients with stage IVA/B nasopharyngeal carcinoma (NPC) who are susceptible to distant metastases are limited. We aim to investigate the prognostic value of pretreatment plasma fibrinogen (FIB) level and Epstein–Barr virus DNA (EBV-DNA) load in these patients in the era of intensity-modulated radiotherapy (IMRT).

Results: The 5-year DSS, DFS and DMFS rates of the entire cohort were 72.7%, 66.8%, 80.0%, respectively. High FIB level was identified as a negative prognostic factor for survival: the 5-year DSS, DFS and DMFS rates for patients with high FIB (> 4.0 g/L) and normal FIB (≤ 4.0 g/L) were 60.3% vs. 76.0%, 56.0% vs. 69.9%, and 59.4% vs. 85.5%, respectively (all P < 0.001). Subgroup analysis demonstrated that DSS, DFS and DMFS decreased as FIB gradually increased, even within the normal range. The risk of distant metastasis in patients with high FIB was over 3-fold than patients with normal FIB. EBV-DNA was not an independent prognostic factor for any survival outcomes in multivariate analysis.

Nasopharyngeal carcinoma (NPC), a malignant tumor type with a distinct geographical and ethnic pattern of incidence, is most common in southern China. Due to its atypical symptoms and concealed location, almost one third of patients are diagnosed with stage IVA/B disease. The prognosis of stage IVA/B disease is much poorer than stage III disease and the 5-year overall survival rate is still around 60% to 70%, even though intensity-modulated radiotherapy (IMRT) has been widely used. [1-3] Therefore, it is important to identify effective prognostic factors for this subgroup of patients.

Coagulation and activation of the fibrinolytic system are frequently observed in patients with cancer, and are associated with higher risks of progression, metastasis and poor outcome. [4-6] A relationship between cancer, hemostasis and inflammation has been widely accepted and over-expression of a number of procoagulant and fibrinolytic factors, especially fibrinogen (FIB), has been reported in malignant tumors. [4, 5] Extensive studies indicate a specific correlation between high plasma FIB level and the progressive and metastatic behaviour of tumour cells. [7, 8] An elevated pretreatment plasma FIB level has been identified as a significant negative prognostic factor for poorer survival in various solid tumour types, including lung, breast, oesophageal cancers and NPC. [6, 9-14] However, for NPC patients, findings from previous study [6] were based on stage I-IV diseases and different radiotherapy techniques. The role of pretreatment FIB level in stage IVA/B NPC patients treated with IMRT remains unknown.

Although pretreatment Epstein–Barr virus DNA (EBV-DNA) load has been regarded as a useful diagnostic biomarker for NPC for many years [15-18]. However, in our clinical experience, unlike many patients who have stage III diseases, patients with stage IVA/B diseases usually have extremely high EBV-DNA loads. Whether elevated EBV-DNA remains to be an effective prognostic biomarker for stage IVA/B patients deserves further investigation.

Therefore, we conducted a retrospective study of a large cohort of patients to investigate the prognostic value of pretreatment plasma FIB level and EBV-DNA loads in stage IVA/B NPC in the era of IMRT.

To further assess the prognostic value of FIB, we divided all patients into four equally-sized subgroups using the upper quartile, median, and lower quartile FIB levels, as follows: < 2.8 g/L, 188 cases (Group 1); 2.8-3.6 g/L, 194 cases (Group 2), 3.7-4.6 g/L, 189 cases (Group 3); > 4.6 g/L, 184 cases (Group 4). Survival curves for the four subgroups are shown in Figure 2. Significant associations were observed between increased FIB and reduced DSS, DFS and DMFS (all P < 0.05). Small increases in plasma FIB, even within the normal range, had a significant negative prognostic impact on survival, which indicates that gradual increases in pretreatment plasma FIB are associated with poorer survival outcomes. 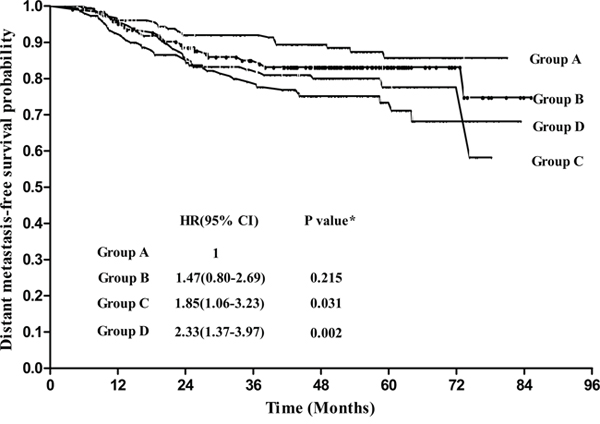 Table 2: Univariate analysis of the associations between clinicopathological variables and clinical endpoints

Table 3: Summary of multivariate analysis of the associations between clinicopathological variables and clinical endpoints

Our study demonstrates that elevated pretreatment plasma FIB is still associated with poor survival outcomes in stage IVA/B NPC in the era of IMRT; subgroup analysis confirmed DSS, DFS and DMFS decreased as FIB gradually increased, even within the normal range. Patients in our study had relatively high EBV-DNA values, with a median value of 10000 copies/ml (range, 0-10600000 copies/ml). Although EBV-DNA is established as one of the most effective prognostic factors in NPC, [15] it was not confirmed as an independent prognostic factor in this study of patients with stage IVA/B NPC treated with IMRT, indicating the prognostic value of EBV-DNA load should be reconsidered in this specific group of patients.

FIB is an acute phase glycoprotein traditionally associated with the maintenance of hemostasis that has been proven to be a significant prognostic factor in several solid tumor types. [6, 9, 10, 12-14, 19] Tang et al. [6] reported that increased EBV-DNA and fibrinogen levels alone and in combination are associated with reduced survival rates in stage I-IV NPC patients treated with either conventional radiotherapy, three-dimension conformal radiotherapy or IMRT. Our study reconfirmed that the gradual increases in FIB were associated with poorer survival outcomes in stage IVA/B diseases in the era of IMRT, but failed to confirm the value EBV-DNA load in this group of patients.

The mechanisms by which FIB affects the survival of patients with cancer have been intensively researched; the evidence indicates that FIB plays a key role in both inflammation and cancer progression. [23] However, the precise molecular mechanisms underlying the relationship between high pretreatment plasma FIB and poorer survival in patients with solid tumors have not been fully clarified.

Consistent with results of previous studies [24, 25], elevated LDH was confirmed as a prognostic factor for poorer survival in this cohort of patients with stage IVA/B NPC, further indicating that high LDH may be associated with a larger tumor burden, tumor extension and higher risk of metastasis.

One major limitation of this study is that only pretreatment plasma FIB was evaluated; we did not evaluate the changes in FIB during and after treatment. As most patients underwent several cycles of chemotherapy, all patients received peripherally-inserted central catheters and/or subclavian vein catheters, which could induce coagulation and activation of fibrinolysis. Secondly, this was a retrospective study of patients treated at a single institute; therefore, these results need to be validated in data sets from other institutions and in prospective studies. Furthermore, the median follow-up period was relatively short (50 months); therefore, long-term validation is required.

In conclusion, high pretreatment FIB level is associated with poorer DSS, DFS and DMFS, and presents to be a better prognostic factor than EBV-DNA for patients with stage IVA/B NPC in the IMRT era.

This retrospective study was approved by the institutional review board. In total, 755 patients with newly-diagnosed stage IVA/B NPC who were treated with definitive IMRT, between January 2007 and December 2011, were analyzed in this study. Patients were restaged according to the American Joint Committee on Cancer/International Union Against Cancer (AJCC/UICC) 2010 staging system. Patients with concomitant disease suspected of influencing plasma FIB, such as severe hypertension, liver disease or blood coagulation disorders, were excluded.

All patients underwent a pretreatment evaluation which consisted of a complete physical examination, hematologic and biochemistry profiles, magnetic resonance imaging (MRI) of the nasopharynx and neck, chest radiography or computed tomography (CT), abdominal ultrasonography, and emission CT or whole-body positron emission tomography/CT. Plasma EBV-DNA and FIB were measured for all patients before treatment.

Table 4: Characteristics of the 755 patients with stage IVA/B NPC

Measurement of fibrinogen and EBV-DNA

Plasma FIB and EBV-DNA are routinely assessed before treatment in our hospital. A 3 mL blood sample was collected and coagulation function was automatically assessed within 3 h of collection using an Analyzer Sysmex CA7000 (Sysmex Corporation, Kobe, Japan) and reagents in accordance with the SIEMENS AG guidelines (Munich, Germany) (Clauss, 1957; Cook and Ubben, 1990) [6]. According to the instructions, a plasma FIB concentration ≤ 4.0 g/L was considered normal, and > 4.0 g/L was defined as hyperfibrinogenemia or high. Using this cut-off value, the patients were classified into the normal FIB and high FIB groups.

Plasma EBV-DNA load was routinely measured by real-time quantitative PCR (RT-qPCR) before treatment using a method that has previously been described in detail. [15, 18]

All patients received definitive IMRT that covered the nasopharynx and retropharyngeal lymph nodes within the primary target volumes. Whole-neck irradiation was performed in all cases. The details of the radiotherapy technique used at our cancer center have previously been reported. [3, 20] Most patients (723/755; 95.8%) received platinum-based chemotherapy: neoadjuvant (546/755; 72.3%), concurrent (548/755; 72.5%) and adjuvant chemotherapy (33/755; 4.4%).

For subgroup analysis, the patients were divided into four groups based on the FIB quartile values. Univariate analysis was conducted using the log-rank test. Variables with P-values < 0.05 in univariate analysis were included in the final multivariate survival analysis, which was conducted using the Cox proportional hazards model. Statistical Package for the Social Sciences (SPSS, Chicago, IL, USA), version 20.0 was used for all analyses. Two-tailed P-values < 0.05 were considered statistically significant.

We would like to thank professor Qing Liu (Department of Cancer Prevention Research, Sun Yat-Sen University Cancer Center) for providing us with suggestions on statistical analysis.

All the authors of this paper declare that they have no conflicts of interest.

This work was supported by Grants from the Natural Science Foundation of China (81402244).

8. Simpson-Haidaris PJ, Rybarczyk B. Tumors and fibrinogen. The role of fibrinogen as an extracellular matrix protein. Annals of the New York Academy of Sciences. 2001; 936:406-425.