Copyright: © 2022 Sheng et al. This is an open access article distributed under the terms of the Creative Commons Attribution License (CC BY 3.0), which permits unrestricted use, distribution, and reproduction in any medium, provided the original author and source are credited.

This article has been corrected: In Figure 9, panels ‘B’ and ‘C’ contain an accidental overlap. The corrected Figure 9, produced using the original data, is shown below. The authors declare that these corrections do not change the results or conclusions of this paper. 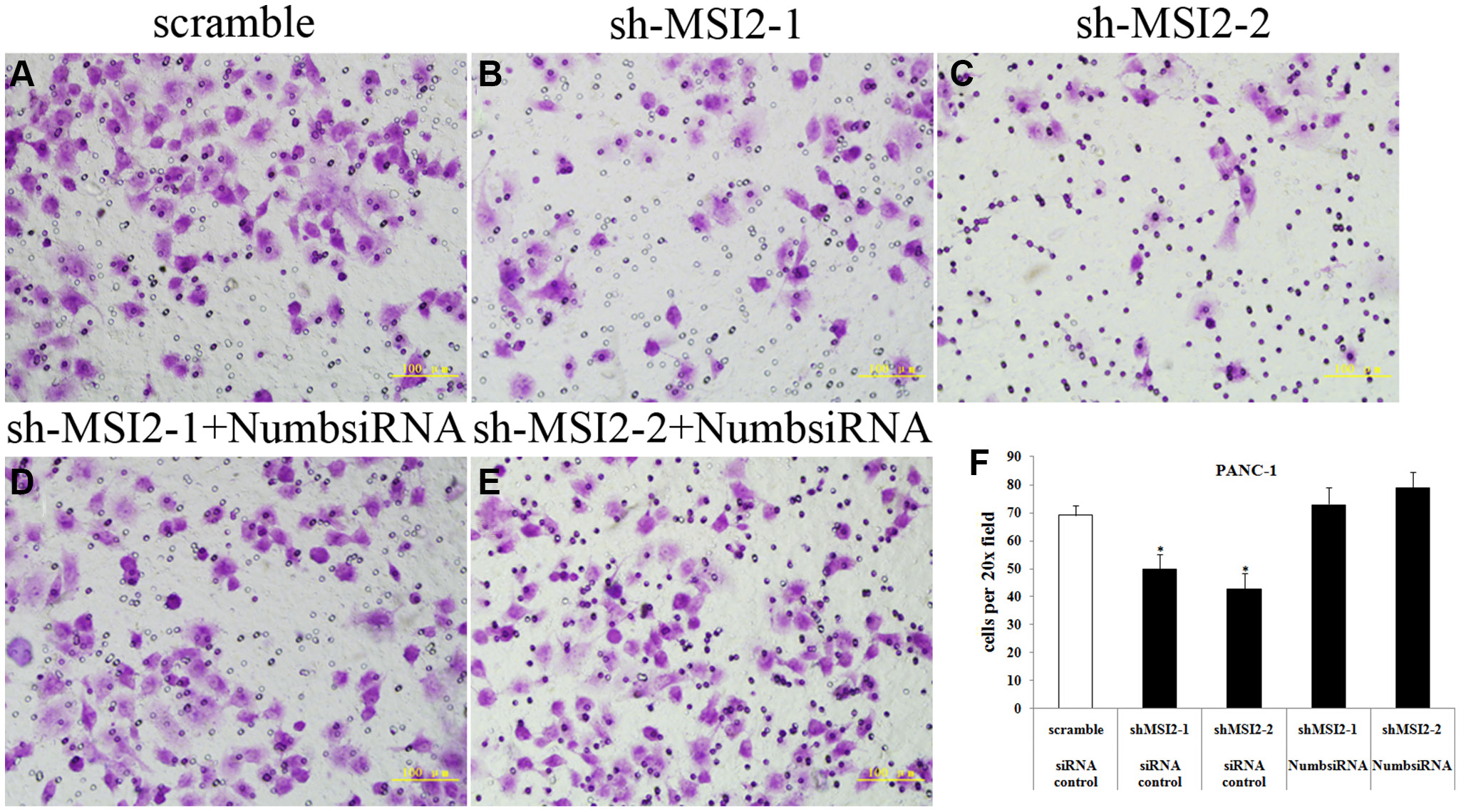 Figure 9: Coordinate regulation of MSI2 and Numb in cell invasion of PANC-1 cells. (A–F) Cell invasion in shMSI2-1 (B) and shMSI2-2 (C) transfected PANC-1 was significantly decreased, compared with that in corresponding scramble group (A). However, Numb knockdown can significantly reverse the decrease of cell invasion in shMSI2-1 (D) and shMSI2-2 (E) transfected PANC-1 cells. Bars indicate ± S.E. *P < 0.05 compared with the control.