Copyright: © 2022 Qiu et al. This is an open access article distributed under the terms of the Creative Commons Attribution License (CC BY 3.0), which permits unrestricted use, distribution, and reproduction in any medium, provided the original author and source are credited.

This article has been corrected: In Figure 5D, the miR-613+pcDNA3.1/SphK2 image in the ‘migration’ row contains an accidental overlap of the miR-613 image in the ‘invasion’ row. The corrected Figure 5, produced using the original data, is shown below. The authors declare that these corrections do not change the results or conclusions of this paper. 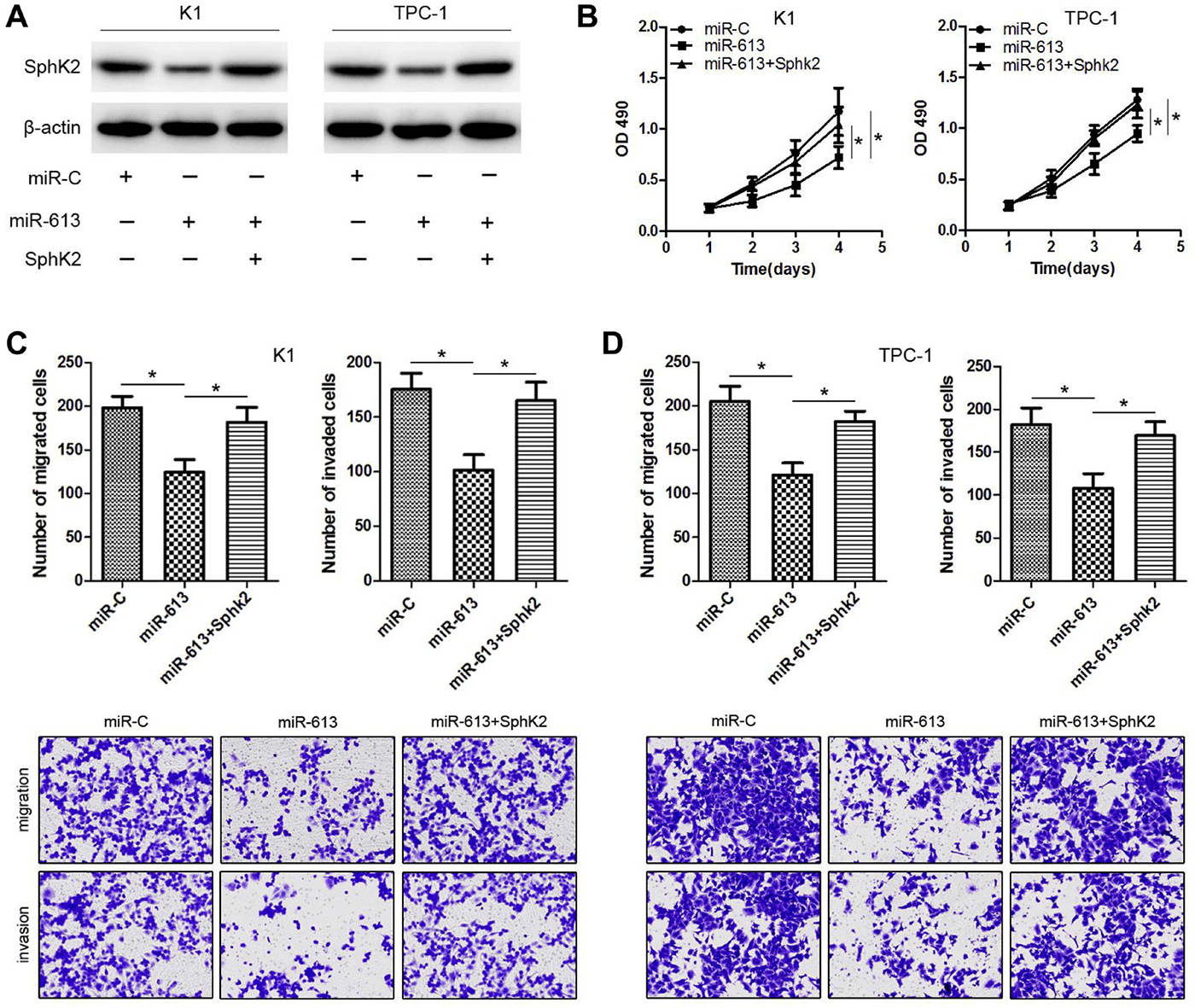 Figure 5: Ectopic expression of SphK2 restores the effects of miR-613 on cell proliferation, migration and invasion in PTC cells. K1 and TPC-1 cells were respectively co-transfected with miR-613 and SphK2 ORF without the 3′-UTR. (A) SphK2 expression was measured using western blots for each group of transfected K1 and TPC-1 cells. (B–D) Cell proliferation by MTT assays, migration capacity by colony formation assays, and invasion capacity by transwell assays. *P < 0.05.