Copyright: © 2021 Tang et al. This is an open access article distributed under the terms of the Creative Commons Attribution License (CC BY 3.0), which permits unrestricted use, distribution, and reproduction in any medium, provided the original author and source are credited.

This article has been corrected: Due to accidental placement, some of the images in Figures 2 and 4 are incorrect. In Figure 2B, panels 2 and 3 have been replaced. In Figure 4C, row 3, all four panels have been replaced. The corrected Figures 2 and 4, produced using the original data, are shown below. The authors declare that these corrections do not change the results or conclusions of this paper. 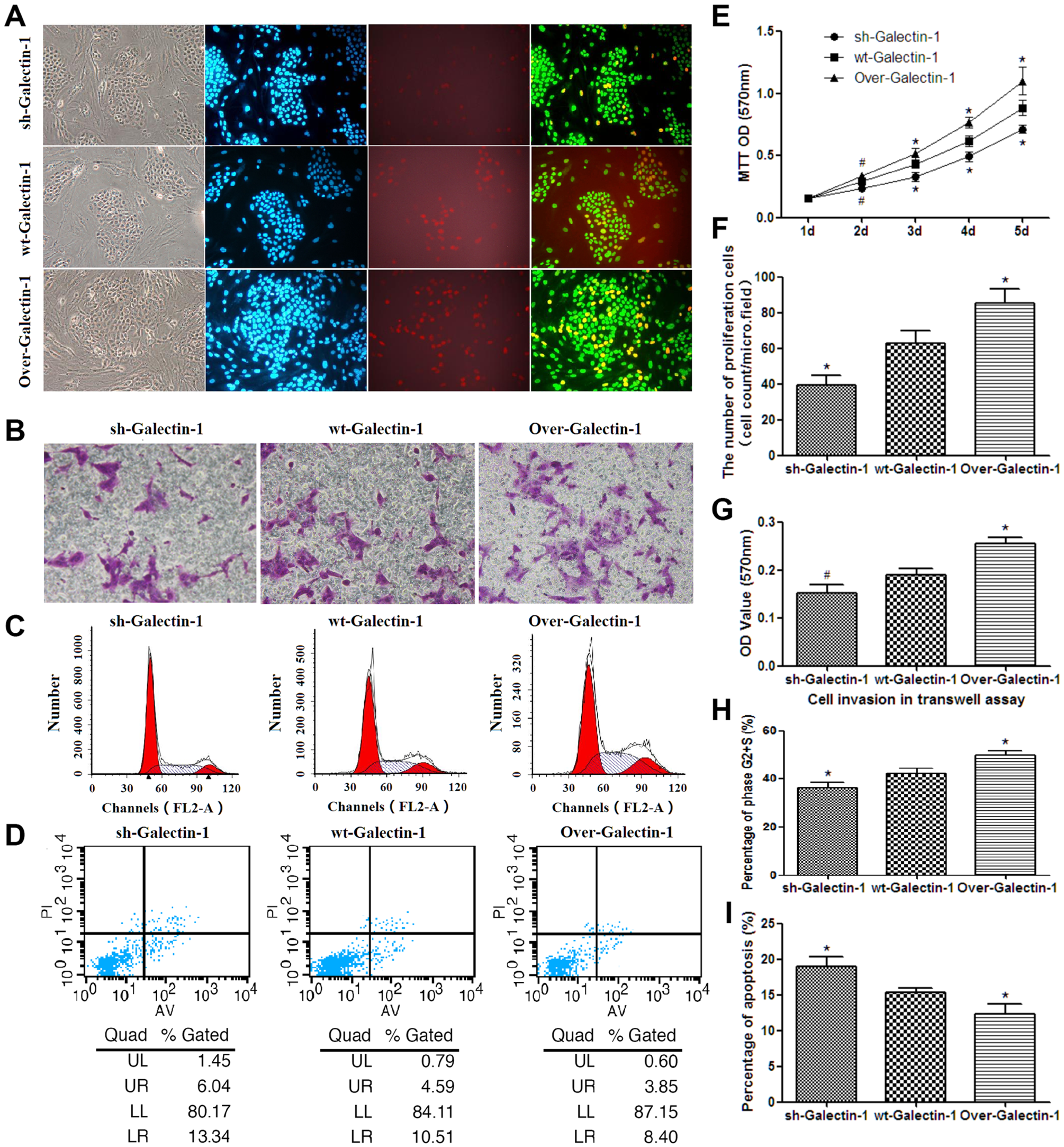 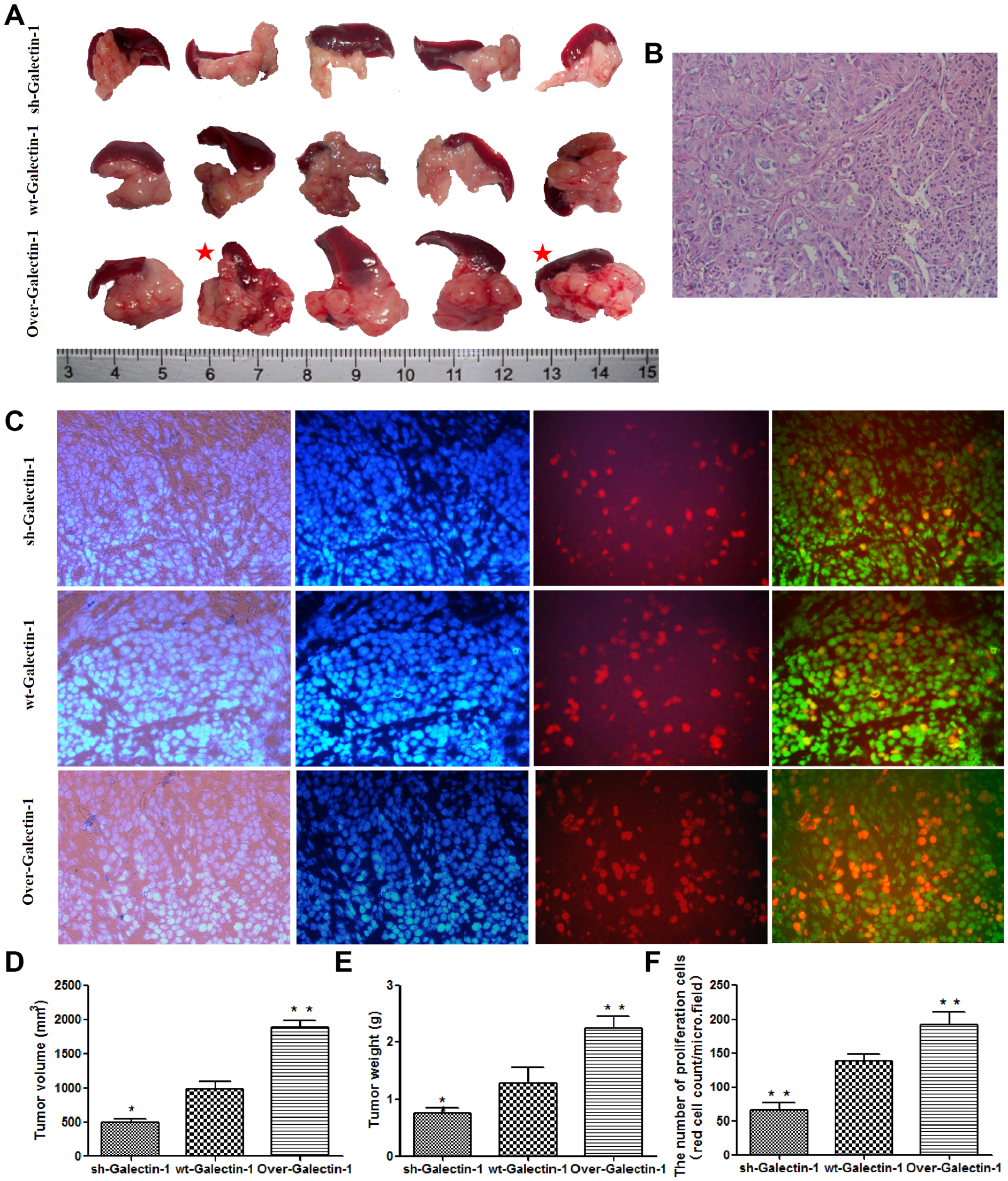 Figure 4: Effect of PSC-derived Galectin-1 on in vivo orthotopic xenograft establishment and growth. (A) PANC-1 mixed with PSCs were implanted orthotopically into the pancreas of nude mice (n = 5). The mice were sacrificed and the xenografts were removed on day 30 after cell implantation. The red star represent cases with liver metastasis. (B) H&E staining of samples of orthotopic xenografts in the pancreas of nude mice. (C) Proliferating capability of the orthotopic xenograft was evaluated using the EdU incorporation assay, and the number of EdU positive cells per micro field is shown in (F). Tumor volume (D) and weight (E) is expressed as the mean ± SE. *p < 0.05, **p < 0.01, #p > 0.05 vs. wt-Galectin-1 PSCs.