Copyright: © 2022 Vizioli et al. This is an open access article distributed under the terms of the Creative Commons Attribution License (CC BY 3.0), which permits unrestricted use, distribution, and reproduction in any medium, provided the original author and source are credited.

This article has been corrected: Due to errors during figure assembly, an incorrect blot was used for the p53 panel in Figure 3G. Additionally, the actin panel of Figure 1D is an accidental duplicate of the actin panel in Figure 2H. The corrected Figure 3G and 1D are shown below. The authors declare that these corrections do not change the results or conclusions of this paper. 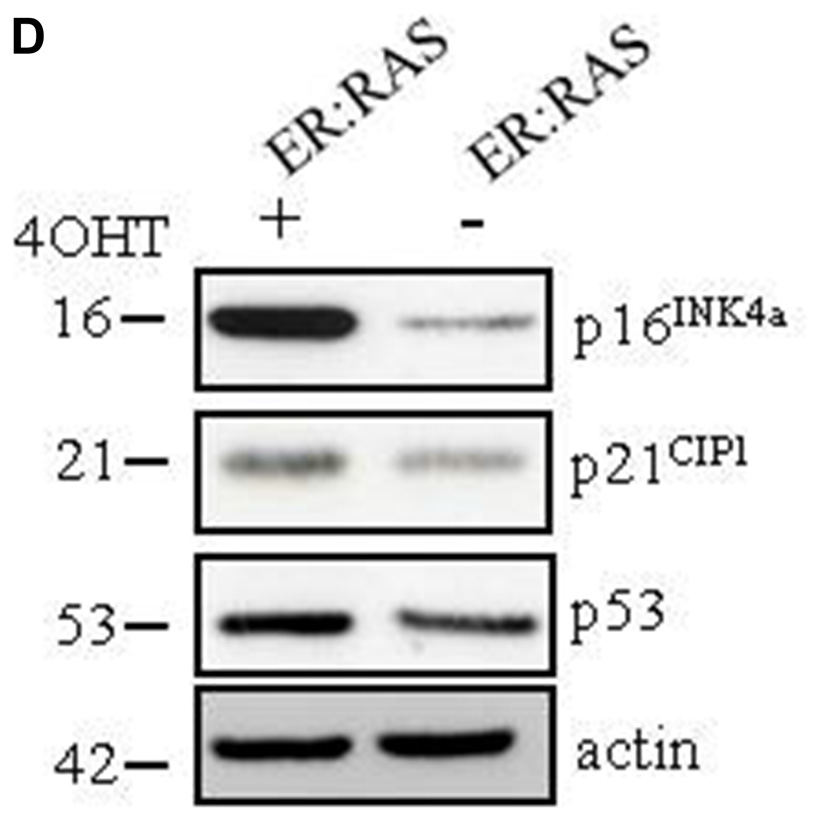 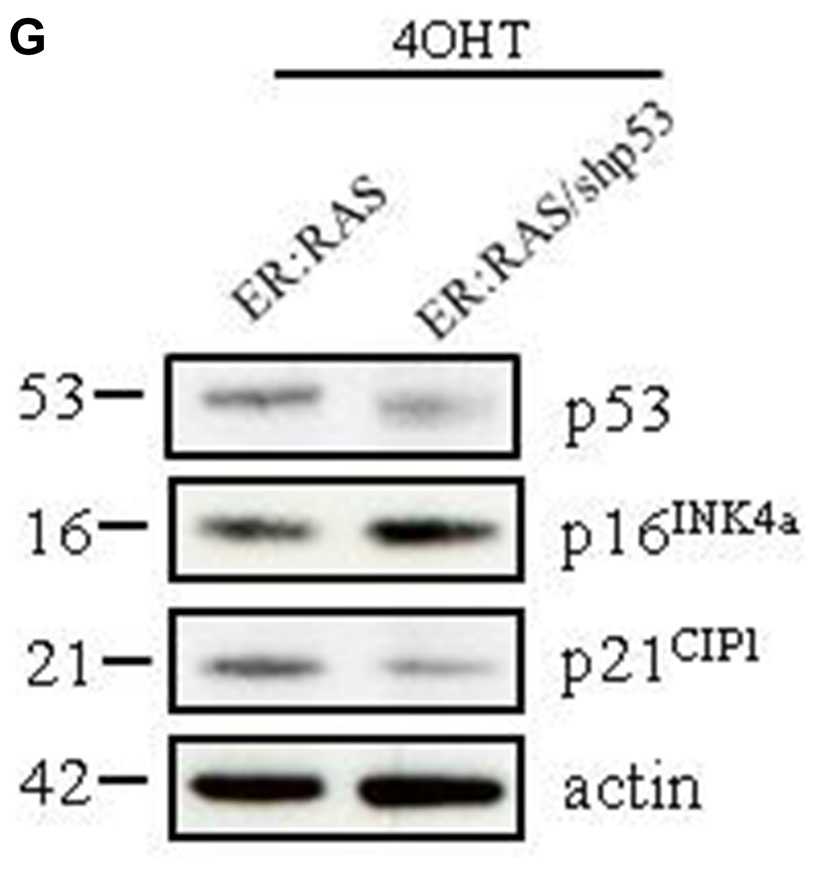 Figure 3: Effect of p53 knockdown on RAS-induced senescence in primary thyrocytes. (G) Western blotting analysis for the expression of the indicated proteins performed in an independent experiment; β-actin was used as loading control; the molecular weight of each protein is shown. shp53: short hairpin targeting p53; CV: crystal violet ; IF: immunofluorescence.