Copyright: © 2021 Seino et al. This is an open access article distributed under the terms of the Creative Commons Attribution License (CC BY 3.0), which permits unrestricted use, distribution, and reproduction in any medium, provided the original author and source are credited.

This article has been corrected: Due to errors during figure preparation, Figure 5 was marked and labeled incorrectly. Specifically, the value of cysteine has been corrected in the first column of the box labeled ‘Cys’ in Figure 5B (USPC-1 Control). Lines and asterisks denoting comparisons between groups were also added to this box. X-axis lines were added to all boxes in 5B, along with concentration units on the Y axis. The color key used in 5A has also been added to 5B. The proper Figure 5 is shown below. In addition, the information for affiliation 2 is listed incorrectly; the proper affiliation is shown below. The authors declare that these corrections do not change the results or conclusions of this paper. 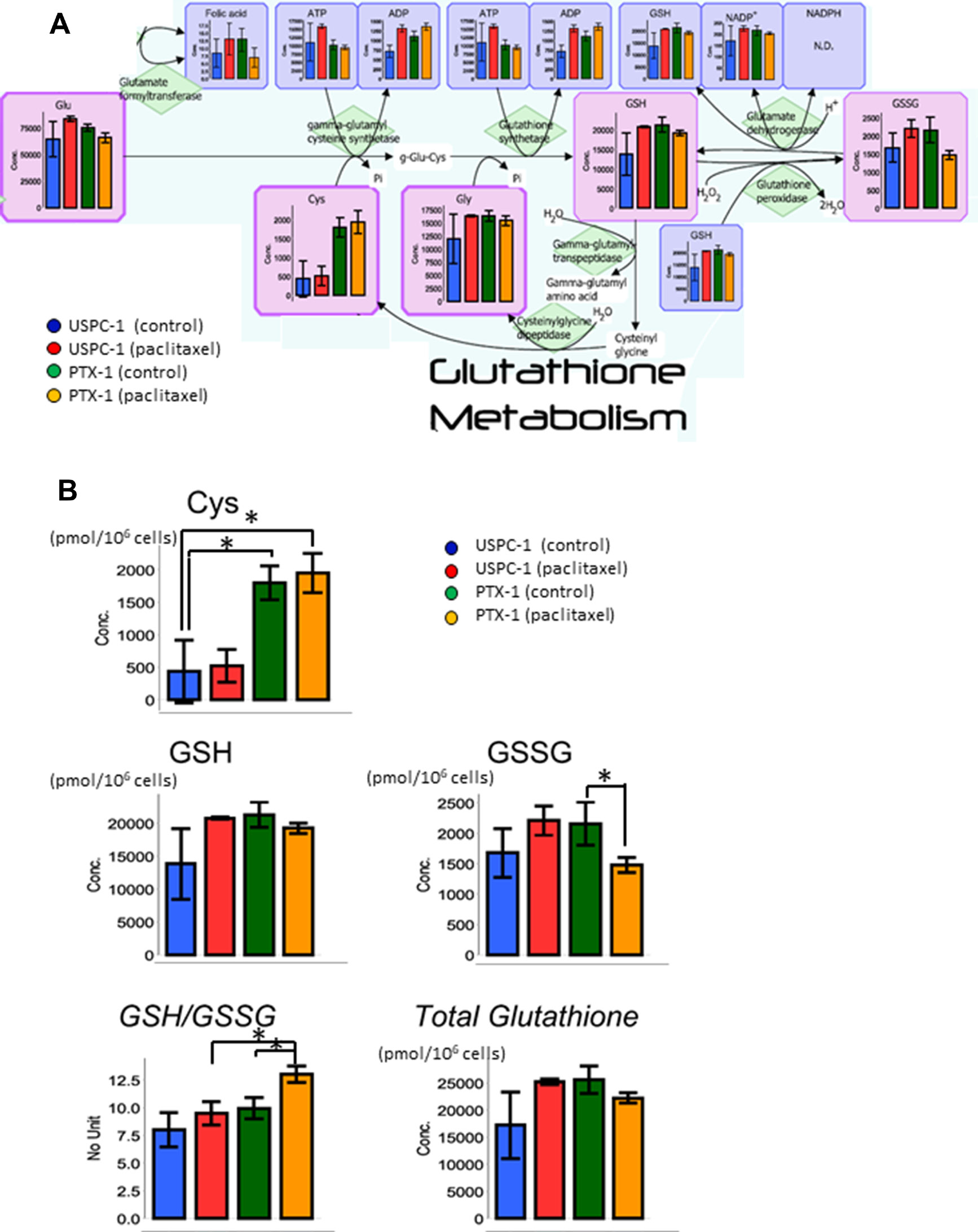