Copyright: © 2021 Raninga et al. This is an open access article distributed under the terms of the Creative Commons Attribution License (CC BY 3.0), which permits unrestricted use, distribution, and reproduction in any medium, provided the original author and source are credited.

This article has been corrected: Due to errors in image selection, Figure 3A inadvertently included copies of the same panel within the same figure. This is in respect to the 5 μM PX-12 treatment of the cell lines, where 2 images have been repeated between the RPMI8226 and U266 cells. We have now repeated the entire experiment and analyzed the data. The corrected Figure 3, obtained via the new experiment, is shown below. The authors declare that these corrections do not change the results or conclusions of this paper. 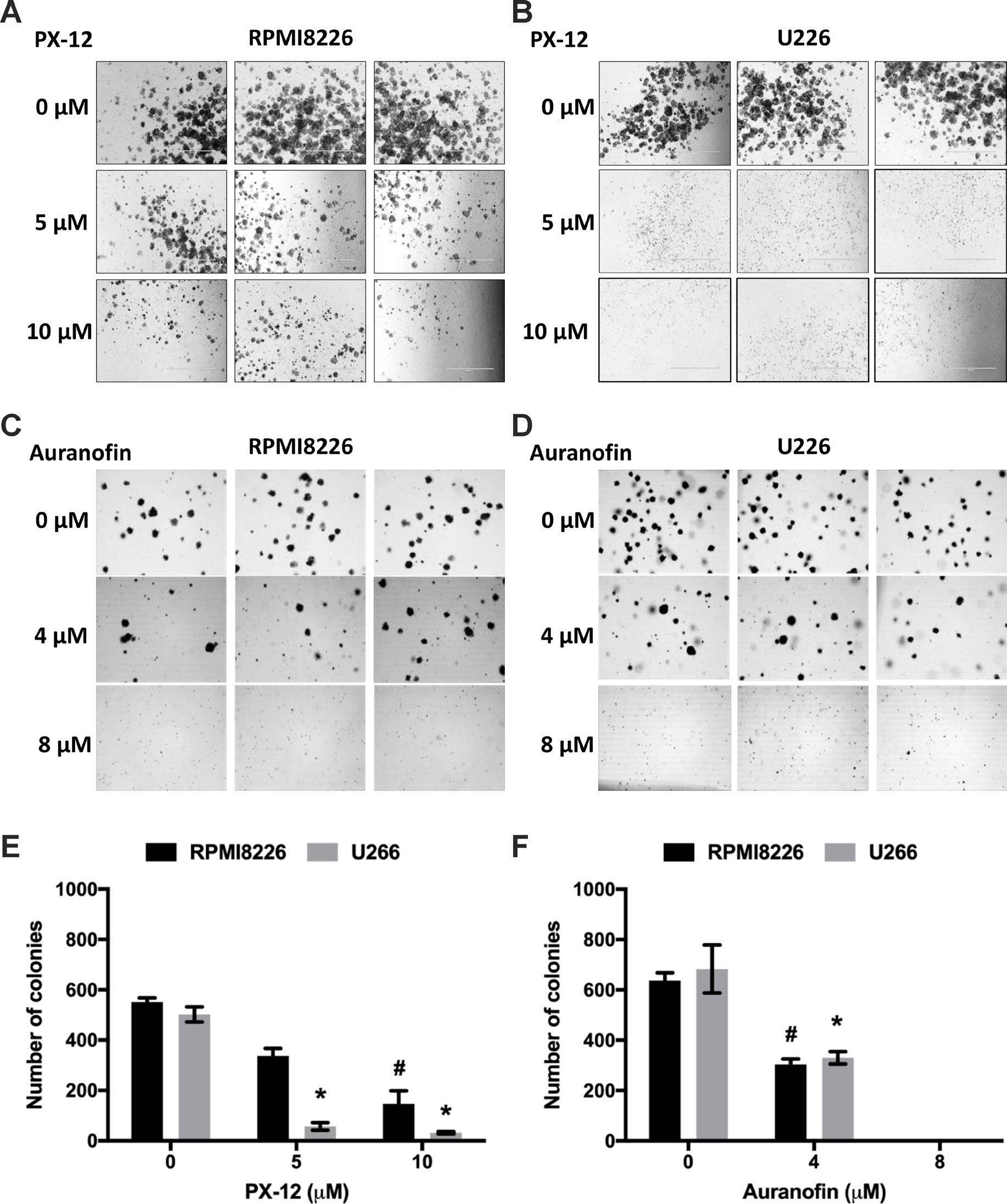