Copyright: © 2021 Liu et al. This is an open access article distributed under the terms of the Creative Commons Attribution License (CC BY 3.0), which permits unrestricted use, distribution, and reproduction in any medium, provided the original author and source are credited.

This article has been corrected: In the Materials and Methods section, the company who designed and provided the Si-RNA is listed incorrectly. The proper company name is given below. In addition, the value ‘P18’ has been changed to ‘p18’ throughout the paper, including Figures 5 and 6. Lastly, the wrong picture was accidentally selected for the CNE2 Si-Claudin7 invasion (bottom right panel), in Figure 2B. The corrected Figure 2B is shown below. The authors declare that these corrections do not change the results or conclusions of this paper.

Selective targeting of HIF1α, CLDN1, CLDN7 and p18 was performed using specific siRNAs. As a control, an siRNA sequence (si-NC) was employed that does not target any gene in the human genome and has been tested by microarray analysis (Dharmacon, Chicago, IL, USA). The siRNAs were synthesized commercially (Genephama, Shanghai, China). The sequences are shown in Table 2. Transfection of the siRNA (final concentration 100 nM) was performed with Lipofectamine 2000. 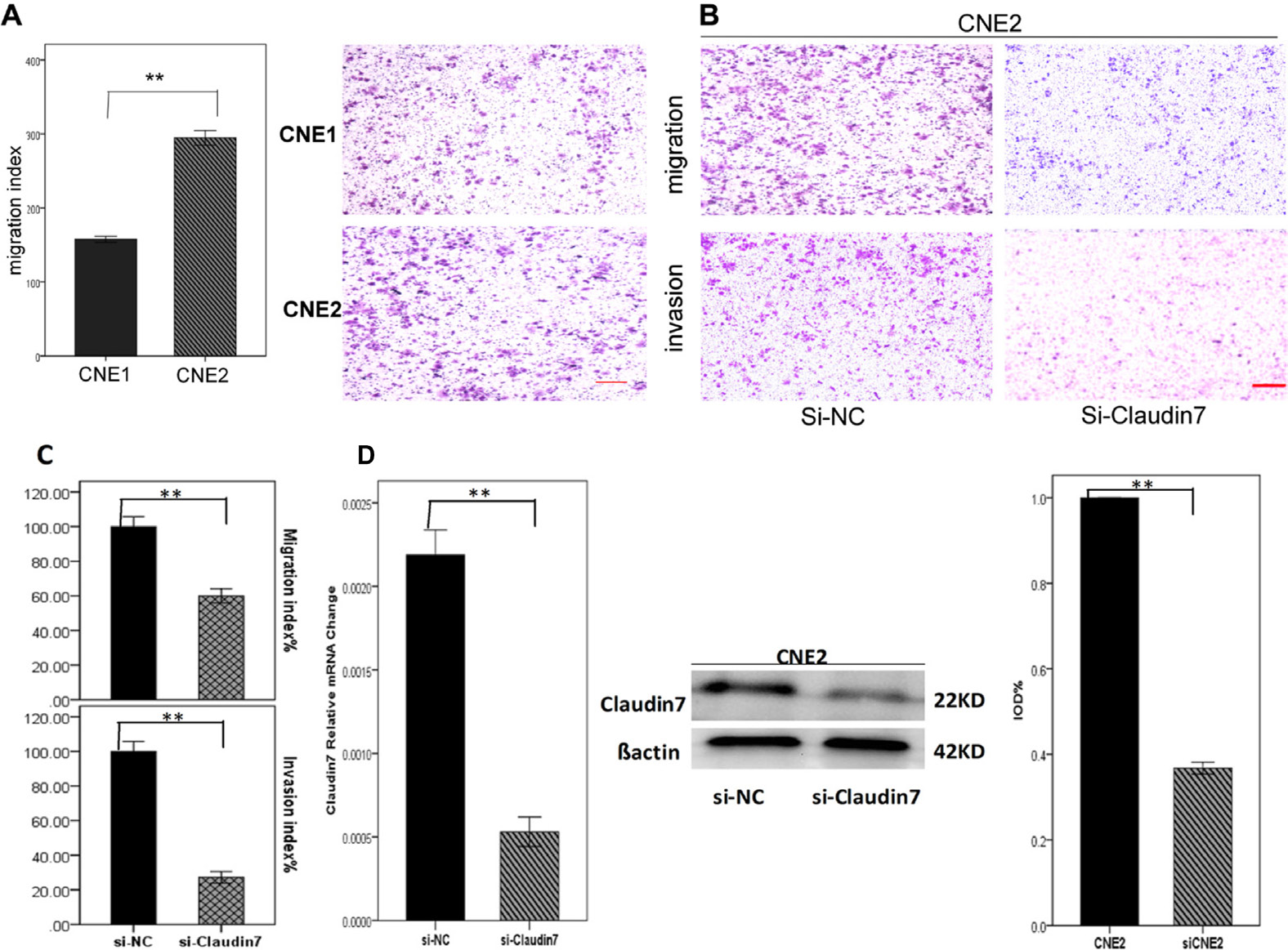 Figure 2: A. Migration index analysis of CNE1 and CNE2 using transwell model showed that CNE2 cells with high CLDN7 expression had a significantly increased migration ability than CNE1 cells. D. RT-PCR and Western blotting showed the results of knocking down CLDN7 in CNE2; the Si-RNA silencing efficiency was approximately 60-70%. B, C. Migration and invasion results of Si-NC and si- Claudin7 in CNE2 demonstrated that knocking down the CLDN7 expression inhibited the migration and invasion ability of CNE2 cells. Si-NC is the negative control of silencing the expression of CLDN7 in CNE2. All statistical analysis were compared to the control. Scale bar = 100μm. **: P<0.01. 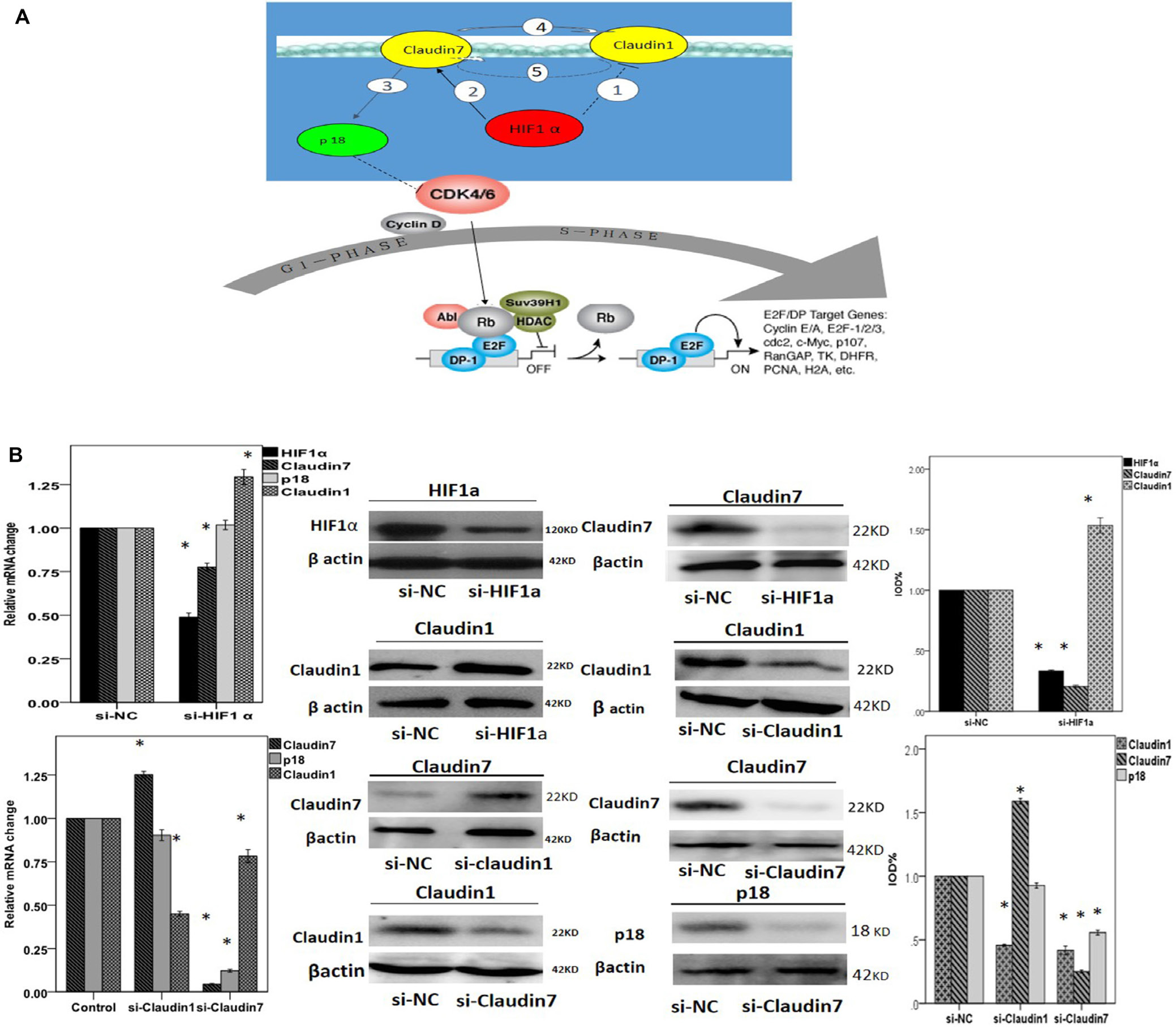 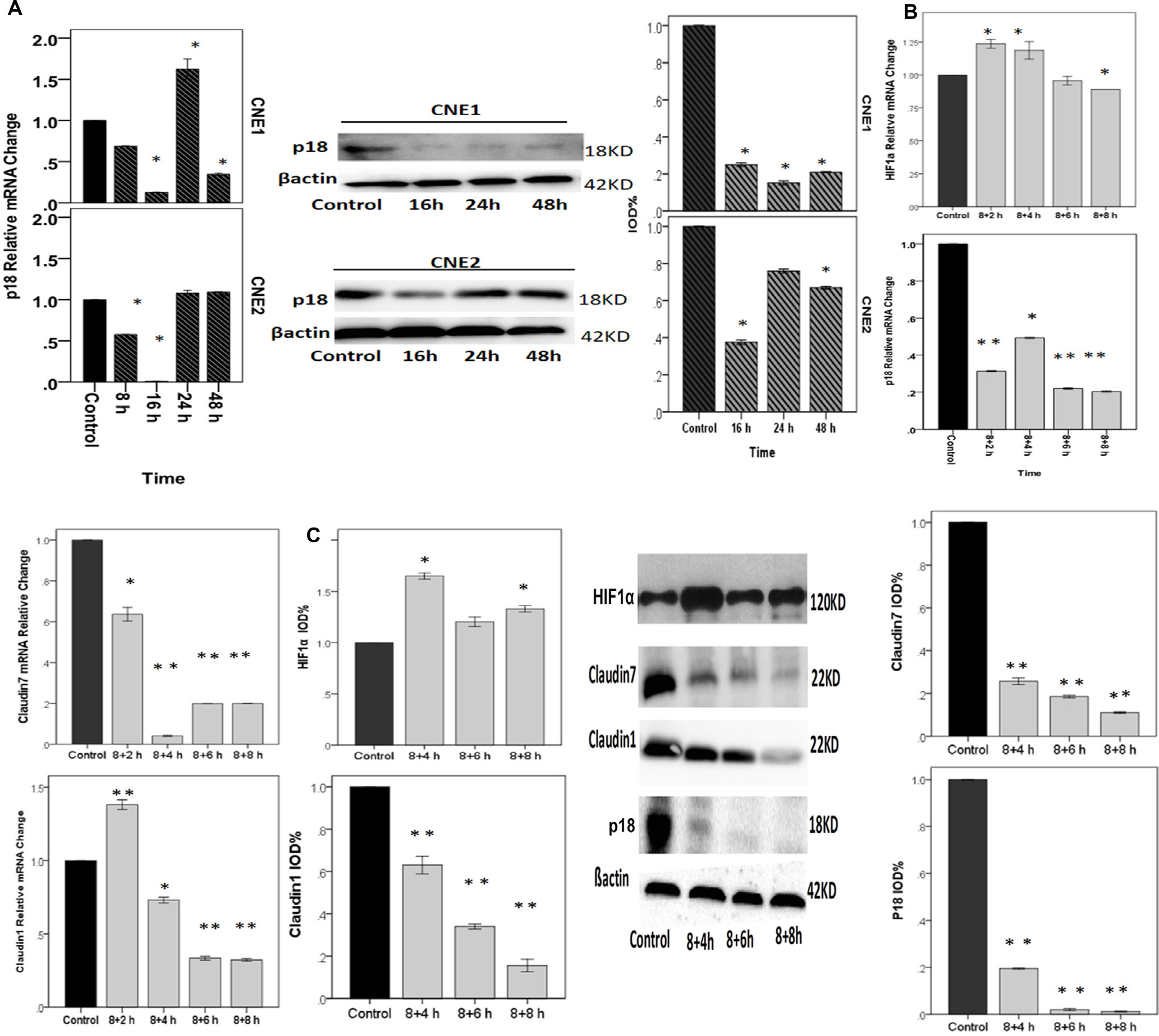