This article has been corrected: Due to errors during processing, Figure 5D contains an incorrect image of H675Q MIA PaCa2. In addition, in Figure 7B, the images of ASPH MIA PaCa2 treated with or without MO-I-1100 were also incorrect. In panel 7D, the image of Vector MIA PaCa2 (upper left) was incorrect as well. The corrected figures 5 and 7 are shown below. The authors declare that these corrections do not change the results or conclusions of this paper. 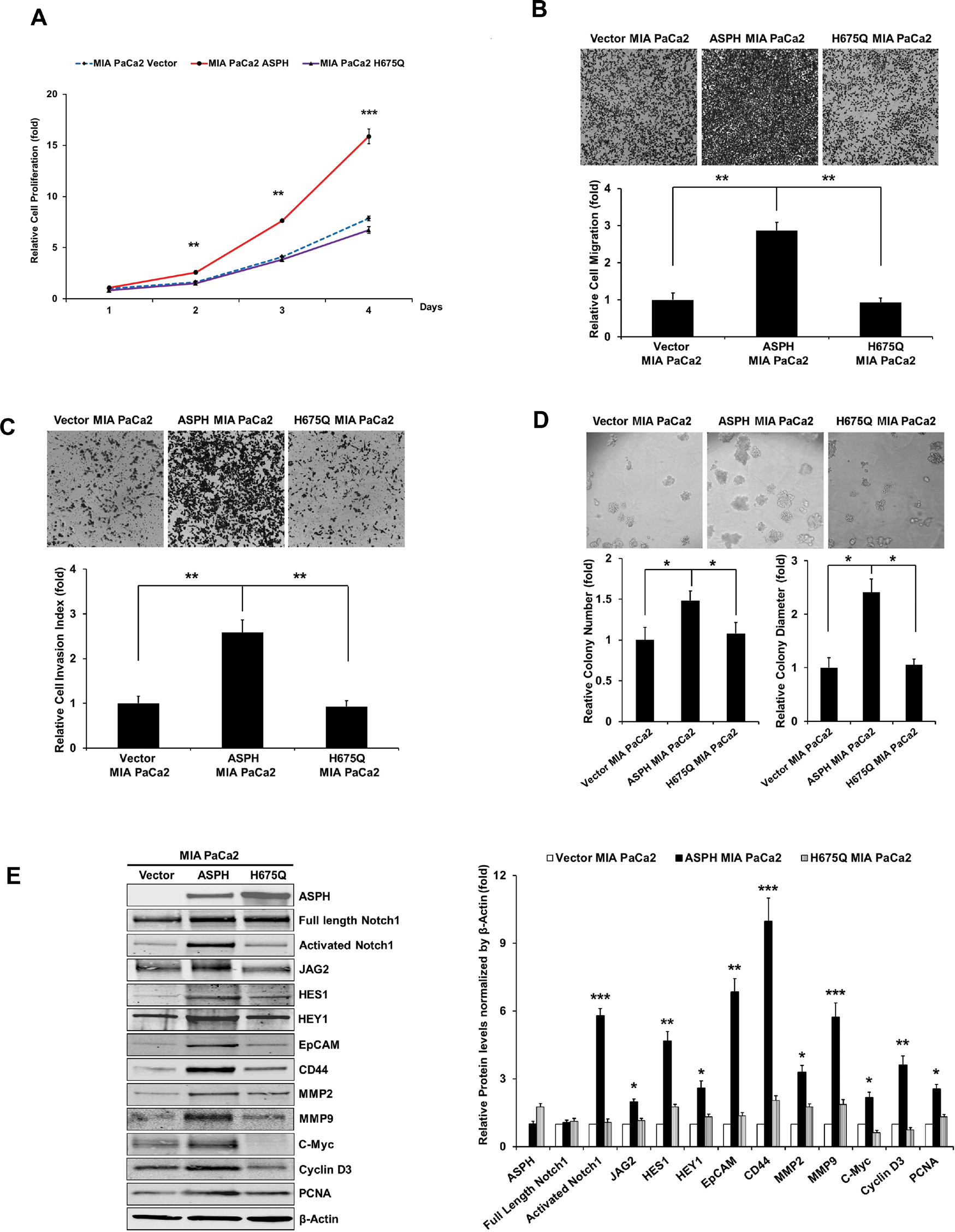 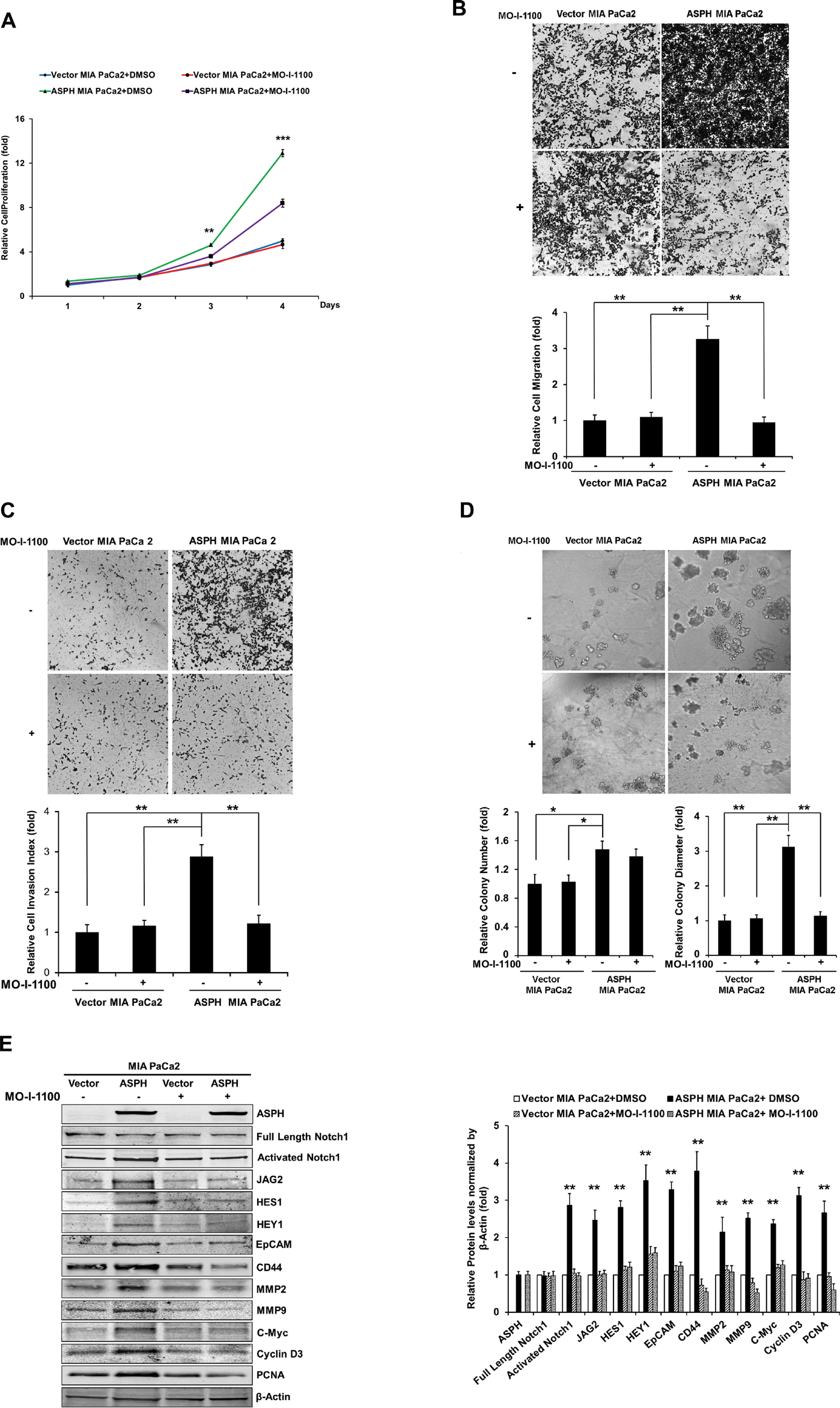 Figure 7: Effect of SMI MO-I-1100 on the PC phenotype induced by exogenous or endogenous high-level of WT-ASPH expression. MIA PaCa2 cells stably transfected with empty vector or the “wild type” ASPH construct via lentiviral transfection depicted in Fig. 2. The inhibitory effects of MO-I-1100 on (A) proliferation, (B) migration, (C) invasion, and (d) colony formation of MIA PaCa2 cells were observed. There is a significant reduction in the expression of Notch1 ICN, JAG2, as well as downstream responsive genes HES1, HEY1, EpCAM, CD44, c-Myc, MMP2/9, cyclin D3 and PCNA induced by MO-I-1100 compared to the DMSO treatment (E and F). *p<0.05; **p<0.01; ***p<0.001.