This article has been corrected: In Figure 2D, the panel for the loading control should be labeled ‘tubulin’, not ‘GAPD.’ We have corrected the legend to Figure 2D by updating this sentence: “Phospho-CrkL is a marker for Abl kinase activity while α-tubulin is a loading control." In addition, we have added a sentence to the legend of Figure 5C to clarify the origin of the lysates: “C) Western blot (using the same lysates as Figure 2D) analysis showed no significant difference in total Yap1 protein expression in double treated mice compared to vehicle treated control mice.” The corrected Figure 2D and the corrected legend of Figure 5 are shown below. The authors declare that these corrections do not change the results or conclusions of this paper. 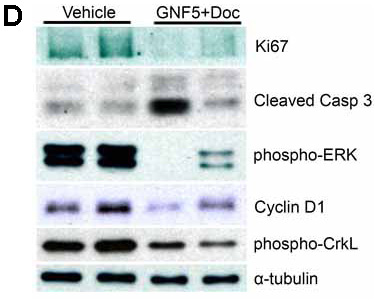 Figure 2: Inhibition of Abl kinases in the presence of docetaxel decreases cell proliferation and increases cell death in KrasG12D/+; p53-/- driven lung tumors. (D) Immunoblotting of lysates showed a decrease in Ki67 expression and increase in cleaved caspase 3 expression in mice given combination therapy compared to control mice and a corresponding decrease in phospho-ERK and cyclin D1, which are downstream targets of oncogenic Kras. Phospho-CrkL is a marker for Abl kinase activity while α-tubulin is a loading control. Graphs depict means and S.E.M. 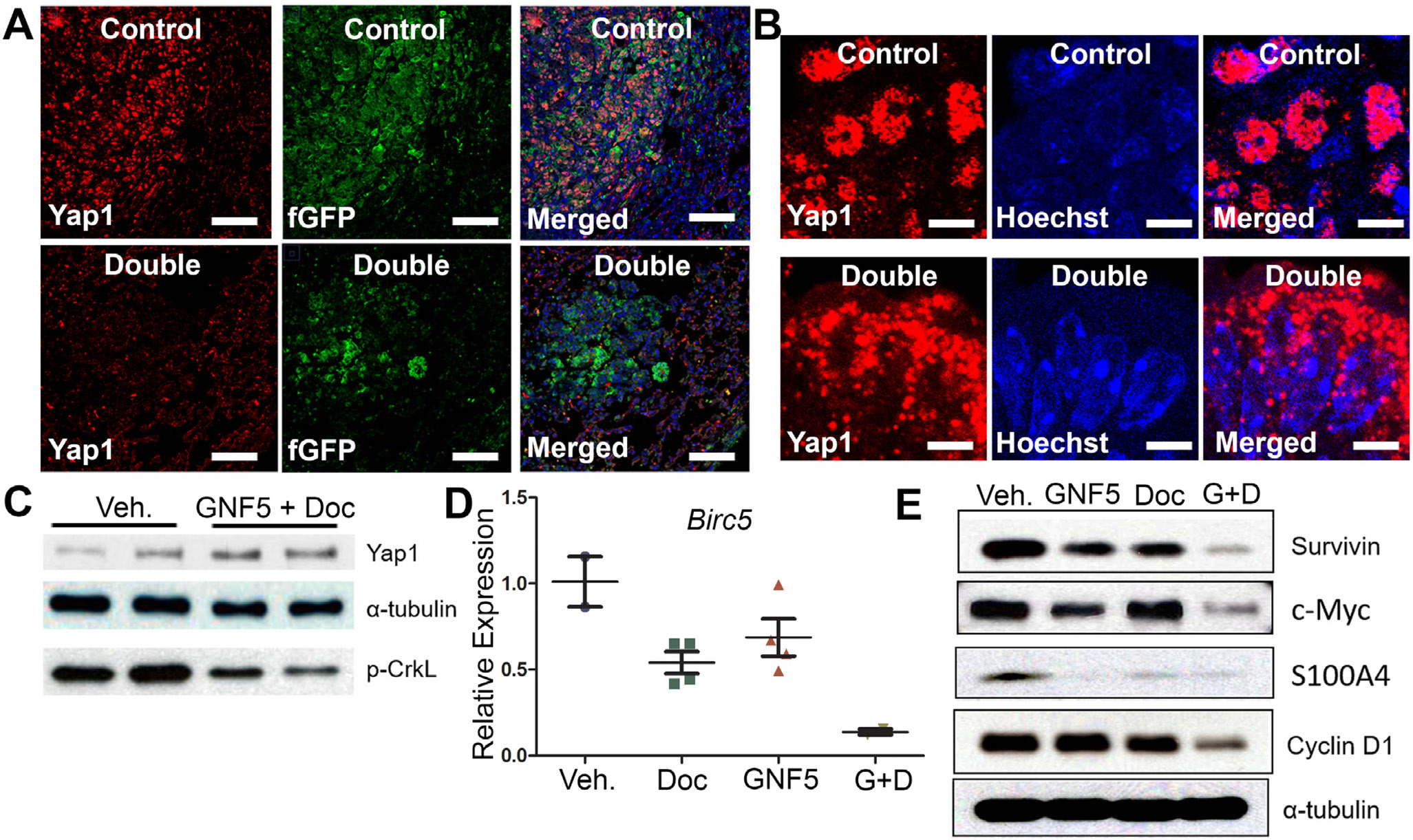