This article has been corrected: Due to errors in image selection, Figure 5A shows an inadvertent duplicate of Donor 2 for M81. Figure 7D shows the Actin control from Donor 2 that was inadvertently duplicated from the Donor 2 Actin control shown in Figure 4 (which is the same extract and donor sample). Figure 4 is correct and unchanged. The corrected Figure 5 and Figure 7 are shown below. The authors declare that these corrections do not change the results or conclusions of this paper. 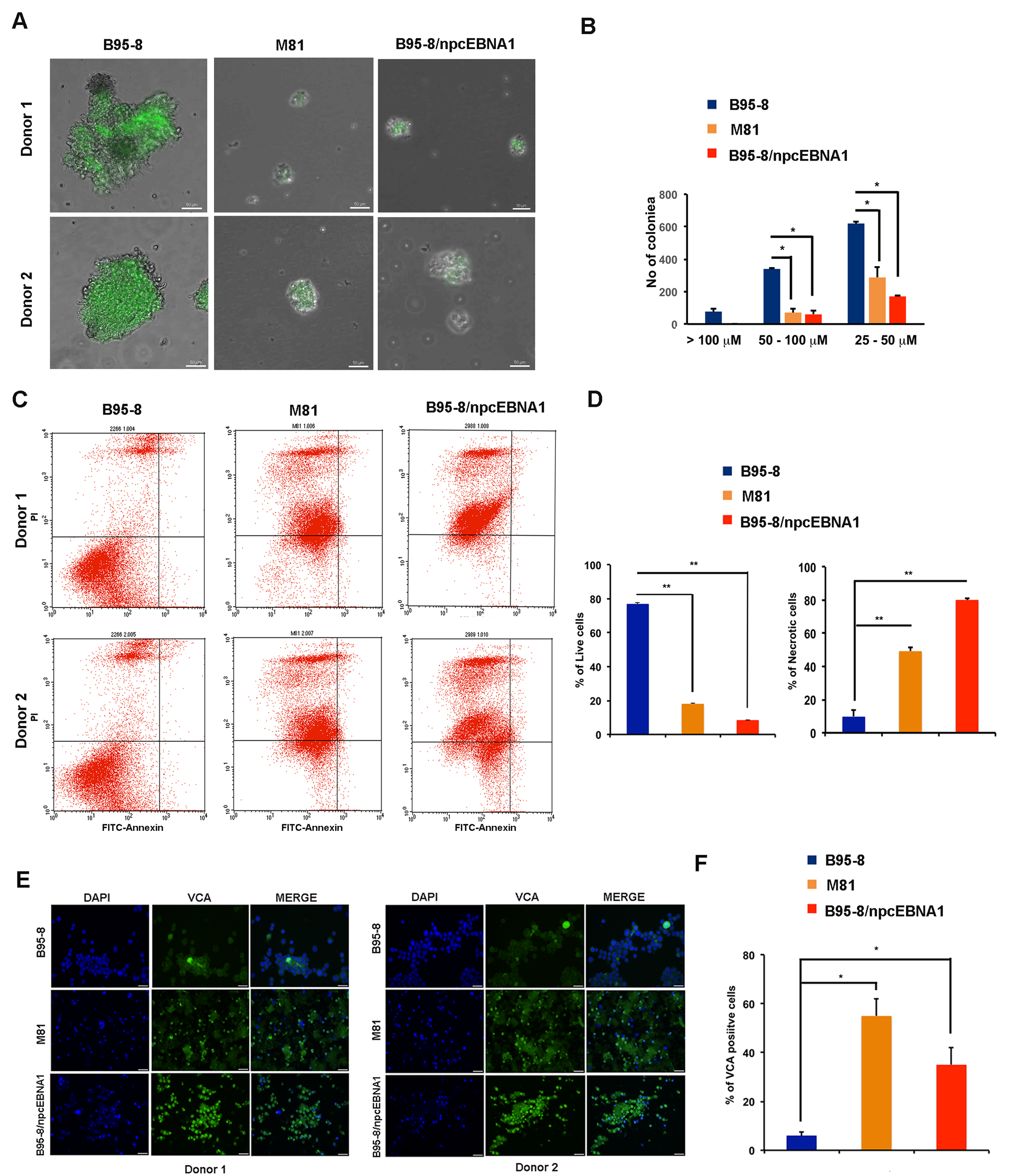 Figure 5: Defective B-cell blast formation by B95-8/npcEBNA1. Bacmid-derived virus for B95-8, M81, or B95-8/npcEBNA1 were assayed at 2 weeks post-infection of primary B-lymphocytes. A. GFP positive B-cell blasts for two independent donors were analyzed by high-throughput microscopy. B. The number of colonies imaged by microscopy with diameters of > 100, 50-100, or 25-100μM were quantified by Image J (panel B). C. B-cell blasts at 4 weeks post-infection were analyzed by FACS for apoptosis using propidium idodide (PI) (x-axis) and annexin V (y-axis). D. The percentage of live and necrotic cells assayed by FACS were quantified for two independent donors and three independent biological replicates. 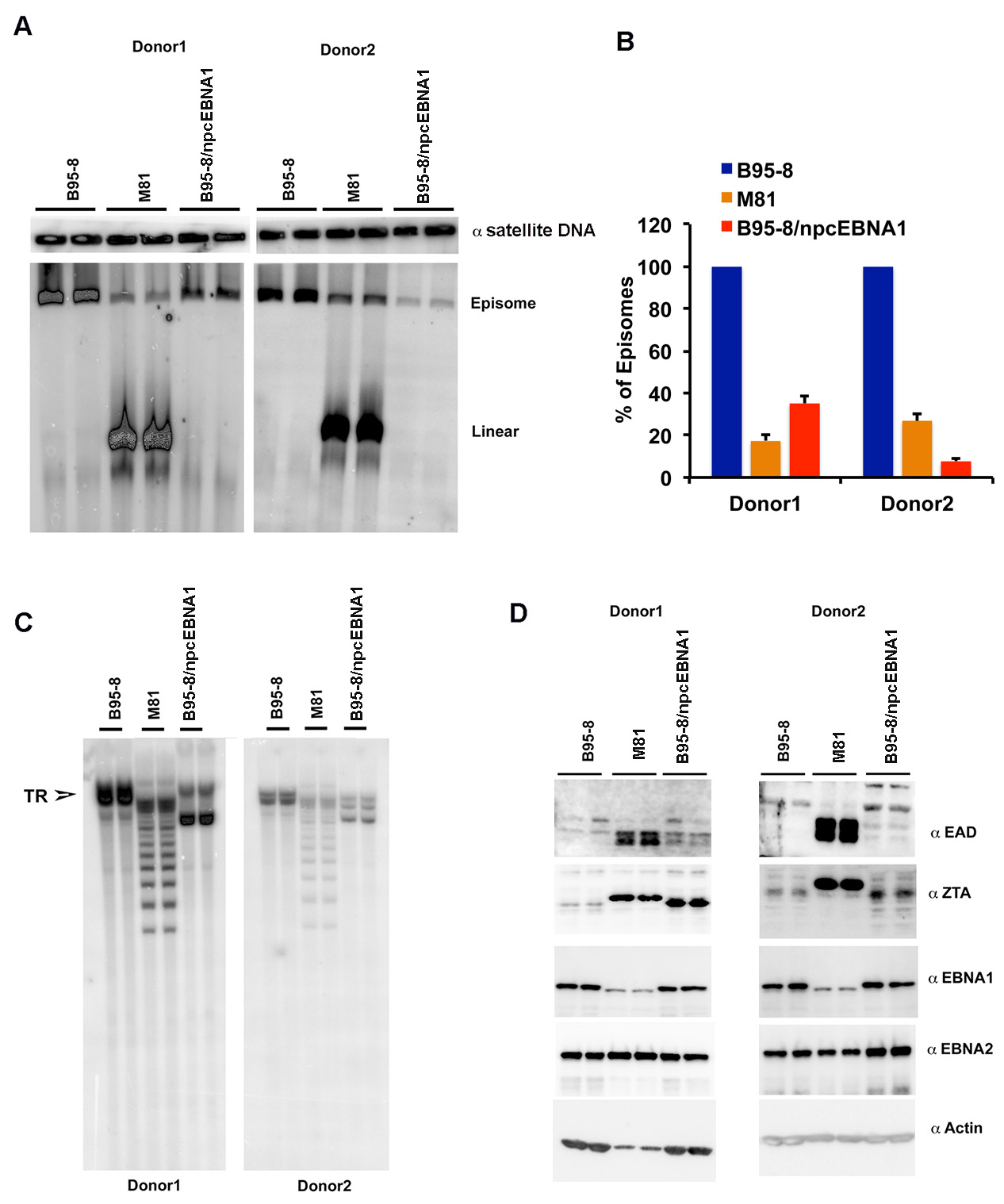