Present: Due to an error made during the assembly of Figure 3B, 3G and 4C. It has come to the authors’ attention that wrong figure panels in Figure 3B, 3G and 4C were provided. After checking the question figure, we found that, by mistake, during preparation of these multiple set of figure panels, some of the images that had been included were incorrect.

Correct: Figure 3B, 3G and 4C is provided below. The authors sincerely apologize for this error.

Figure 3: Recruited pre-adipocytes enhanced PCa cell invasion via alteration of AR/TGF-β1/Smad/MMP9 signaling. B. AR protein level is down-regulated, TGF-β1, p-Smad3 and MMP-9 protein levels are up-regulated in PCa cells after co-culture with pre-adipocytes (pre-adi). The right panels are the quantitative data for western-blot. ***p < 0.005, ns, no statistical differences. G. The recruitment e ect for pre-adipocytes by knocking down AR or adding anti-androgen enzalutamide in C4-2 and CWR22Rv1 (22Rv1) cells. 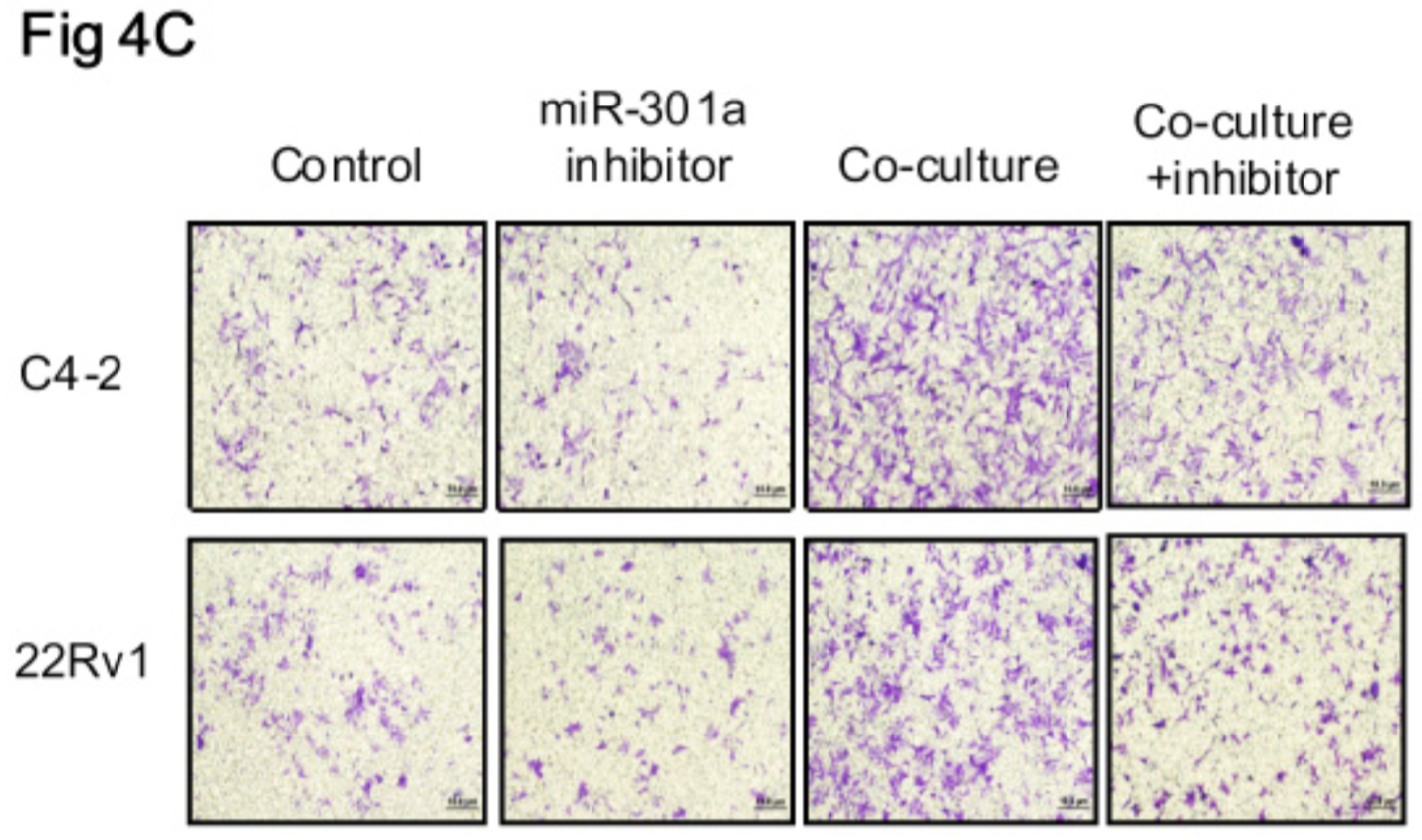